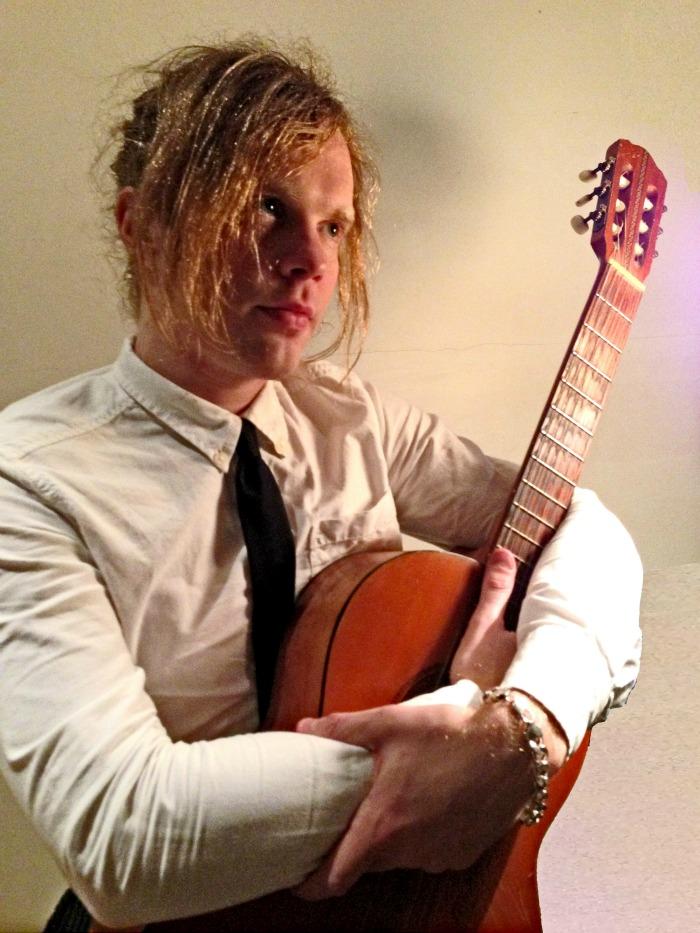 Russell is based in London and is available for gigs around the UK and abroad.

Russell Joslin plays an intriguing mix of popular covers and original compositions to bring a slightly different slant to the typical sound of the background Classical guitarist. With an ever growing range of well known tunes around the folk, blues and rock ‘n’ roll genres and many moods catered for, from the upbeat and summery to the unhurried and atmospheric, Russell’s music will be ideal for the corporate event, reception or dinner which requires a sound just a little left of centre!

Russell will offer a fully portable, quick to assemble and professional performance, he will play music to fit the mood and occasion, from subtle and unobtrusive sounds to upbeat and rhythmic folky jigs. He will improvise where necessary and use an extensive bank of gigging experience to judge what’s needed for your crowd. Russell is available to perform around the UK and abroad.

Russell is a songwriter and guitarist who currently lives in East London, he has played the guitar in various forms for around 16 years and has been writing original material for around 10. As a songwriter and performer Russell has garnered praise and radio play from the likes of Tom Robinson (BBC 6 music) and Jon Kennedy (Xfm), toured the UK and USA playing the best small/medium sized venues as well as Rob Da Banks (BBC radio 1) Isle of Wight festival, Bestival twice. He has shared stages with some of the UK’s most exciting new bands. Now turning his attention to his Classical guitar, Russell continues to develop as a finger-style writer and player, picking up new techniques with each new piece learnt.