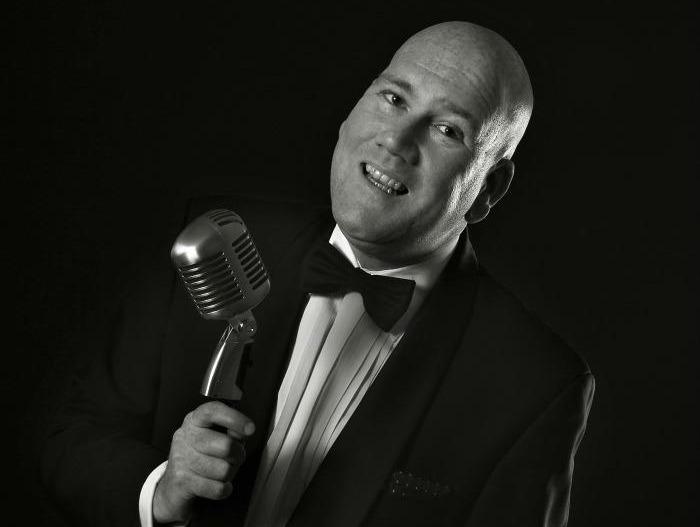 Stefan is based in Merseyside and regularly performs in Liverpool, Manchester, Wirral, Chester, Warrington and North Wales.

Stefan Sings Swing is a celebration of the classic tunes made famous by The Rat Pack, Nat 'King' Cole, Andy Williams, Bobby Darin, Louis Armstrong and many other legendary performers. A modern touch is added with swinging arrangements of songs by Adele, Olly Murs and Cee-Lo Green and even rock classics from Queen, Oasis, Nirvana and The Doors are given the big band treatment in this Vegas-style show.

Swing singer Stefan Livesey is a consummate professional with a reputation for perfection. A classically trained vocalist, he brings over twenty years' performing experience to the stage. His versatile vocal range allows him the ability to adapt his performance to suit his audience taking in soul, country, modern and classic pop, rock and blues.

Impeccably presented in full black tie and with a warm and charismatic presence, his Stefan Sings Swing show is perfect entertainment for any event and venue.