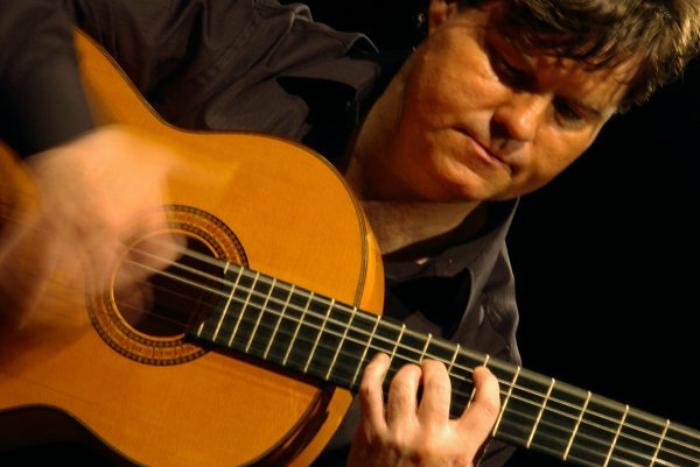 Although this Concert Standard Flamenco Guitarist is based in Buckinghamshire he frequently performs all over England and sometimes in Scotland.

Tomas started to play flamenco guitar at about age 9 or 10 with no professional aspirations. His father sang flamenco as an amateur and knew a few chords to accompany himself while singing. He taught these chords to his son and Tomas was thus initiated into flamenco guitar playing. Very soon he found that he loved the whole mood and sound of solo flamenco guitar and gradually taught himself mainly by watching and imitating other flamenco guitarists.

In his masterful and varied recital, the acclaimed yet modest Spanish flamenco guitarist Tomás Jiménez introduced the backgrounds and styles of various forms and origins of flamenco, from traditional Spanish styles, to his personal improvised pieces.