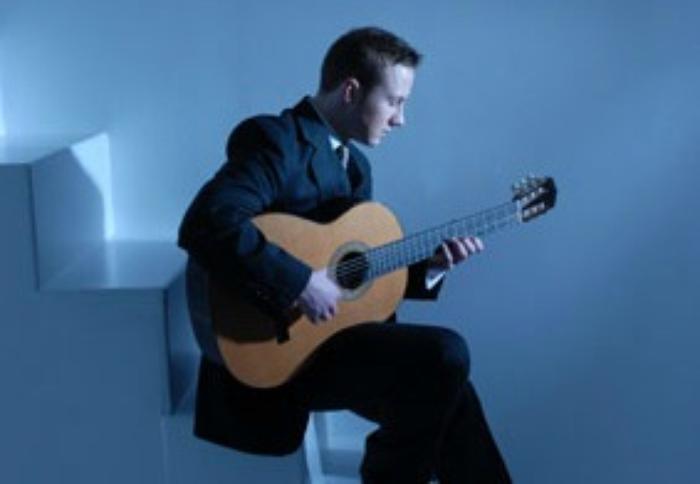 This act is based in Glasgow but regularly plays across Scotland and the rest of the UK.

Jan Straczynski is a solo Classical Guitarist performing Spanish, Flamenco, Latin-American and Classical music. Jan also plays a selection of well arranged Pop and Folk songs which together with the lush tone of the Classical Guitar create a lovely and unique atmosphere. The intricate combination of melody, bass line and chords all on one Guitar are likely to massage the listeners ears for the duration of the performance and be left wanting more.

Though only in his Twenties, award winning performer Jan Straczynski has firmly established himself as one of the UK's leading Classical Guitarists.

Jan began playing the guitar at the age of 13 under the guidance of Ian Smith. A year later he was awarded 1st place in the Edinburgh competition festival. At the age of 17 Jan was awarded senior "young musician of the year" at Holyrood High School Edinburgh and was regularly performing as a soloist in venues across Scotland including a solo debut concert at the Queens Hall Edinburgh.

In 2006 Jan performed Vivaldi's Concerto for Two Violins in D minor and in 2007 performed Concerto for Guitar and Orchestra by Villa-Lobos in the Academy Concert Hall Glasgow.

In 2007 Jan graduated from the Royal Scottish Academy of Music and Drama with a Masters degree in Performance. Whilst studying, Jan represented the RSAMD on a tour of the UK including solo concerts in London (Bolivar Hall), Liverpool (St. Georges Hall), Edinburgh (St. Marks) and Glasgow (Guinness room). Jan was awarded the RSAMD Chanterelle guitar prize and is a recipient of the RSAMD endowment trust scholarship for Postgraduate study.

In 2008 Jan performed in a concert tour of Florida (USA) where he demonstrated his expertise in solo and duo repertoire.

Jan has performed live on BBC Radio Scotland and at arts festivals around the UK including the Dundee Guitar Festival, Celtic Connections, the Bolivar Hall International Guitar Festival, The Edinburgh Festival and the Torphichen Summer Nights Festival.