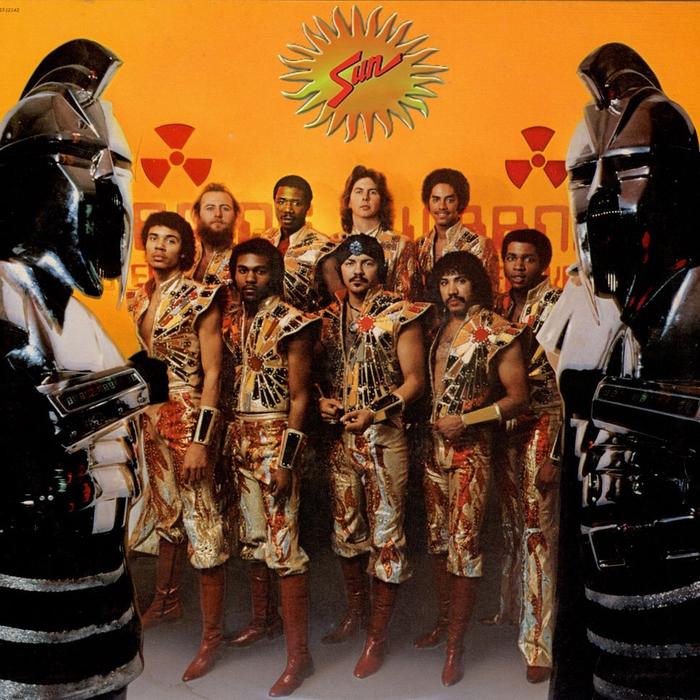 ‘SUN’ is noted for their 'funky bass lines', 'soulfull horns' and 'vocal harmonies'. Two ‘SUN’ singers were also formerly performing lead singers for ‘HEATWAVE’ for many years until 2018 as a brotherhood connection with recently deceased ‘Keith Wilder’ from Dayton, Ohio.

‘SUN’ can also been seen on past episodes of the Hit Television Series, 'SOUL TRAIN' available on Time Life DVDs.

The Capitol Recording Artist ‘SUN’ is an R&B, Soul, and Funk band that was formed in the mid-1970s and recorded prolifically for Capitol Records in Hollywood USA. The leader and founder of the band is Byron Byrd.

Performing on tour with artists such as Earth,Wind, and Fire, The Commodores, Kool & The Gang, The O’Jays, Chic, George Clinton, James Brown and many others, ‘SUN’ became widely acclaimed internationally as a Legendary Funk Band with Gold/Platinum Record Recordings.

With Byron Byrd’s written song "Wanna Make Love (Come Flick My BIC)" additional history was made when it became the first U/International funk hit to feature Roger Troutman/Zapp on his trademark talkbox device.

As the first single from the debut LP, Live On, Dream On, “Wanna make Love” became SUN’s first hit. It was subtitled “Come Flick My BIC” because of a racy, closing vamp hook which incorporated the catchy slogan used by the BIC Pen Corporation for it’s line of cigarette lighters. It started the ‘concert lighter’ waving craze.