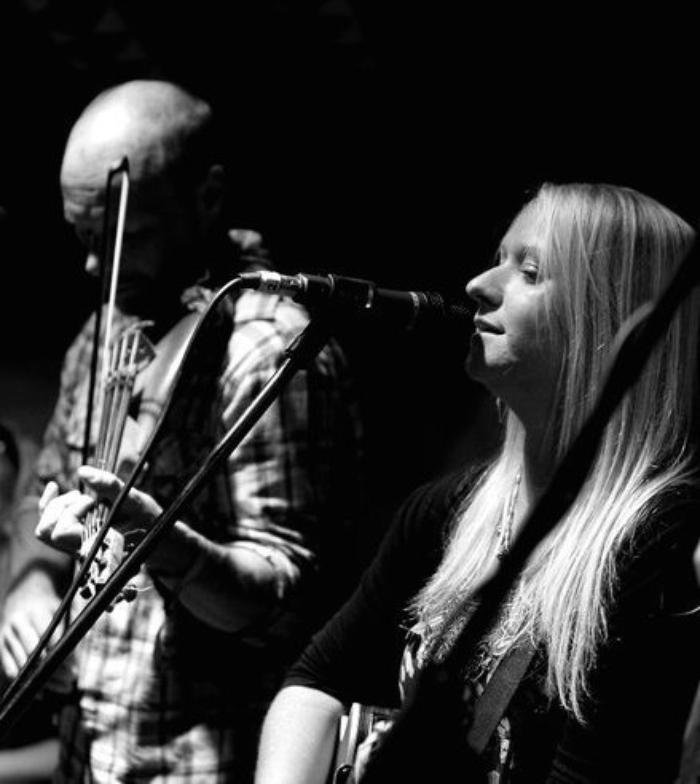 Sonik are an experienced acoustic folk pop duo who have been performing together for 8 years. Specialising in exceptional female vocals and electrifying fiddle playing they can cater for small intimate occasions or large functions. Their high caliber performances of songs from Eva Cassidy to The Levellers have won them plaudits from BBC Introducing and Bestival.

Sunny Brown is a graduate of the Brit School of Performing Arts and as well as playing in duos and bands every where from ski resorts to cruise ships has played lead roles in musical theatre productions such as We Will Rock You, Les Miserables and Sweeney Todd. With her sister she also runs a production company producing shows of classic songs from musicals performed to large audiences.

Nik Potts has been playing the violin since he was 4 years old. He studied music production at Newcastle Technical College before going on to tour the US, Canada France Germany, Ireland, Scotland and Australia where he won awards for his song writing .

In his time as a professional musician Nik has supported the likes of Sam Brown, Tony Hadley and Midge Ure as well as doing session work for music producer Andy Gray, best know for his work on the John Travolta film Swordfish and co writer of the Big Brother theme tune.