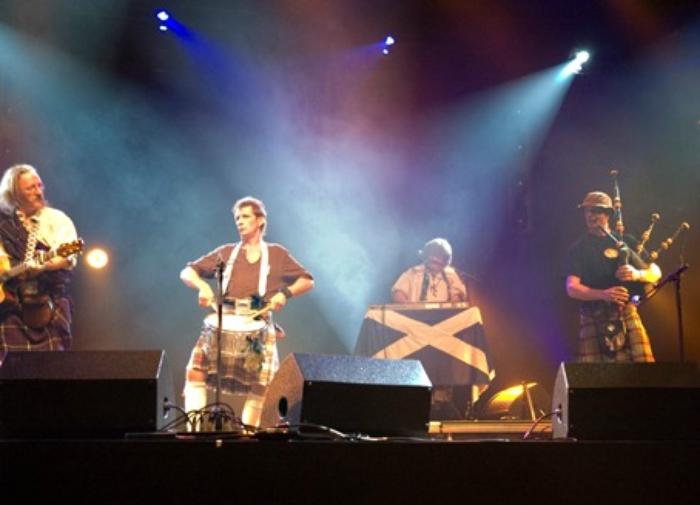 The band are based mainly in Central Scotland and have and still do perform all over Scotland, the UK, Europe and worldwide every year for the last 17 years.

The band are in demand mostly in the UK, Holland and Denmark.

Their concert/show is based very much on a happy audience participation theme and they are highly experienced at Festivals, Theatres, TV and Radio, Corporate and Weddings.

Although Beggar's Row are not a Ceilidh band they can include some Scottish dance tunes in their show. The normal tempo of the concert/show is fast enough for all ages and styles to dance to. Be prepared also for a lot of humour in the performance the band like to see happy smiling faces...

All members of the band have been full time professionals for many years.