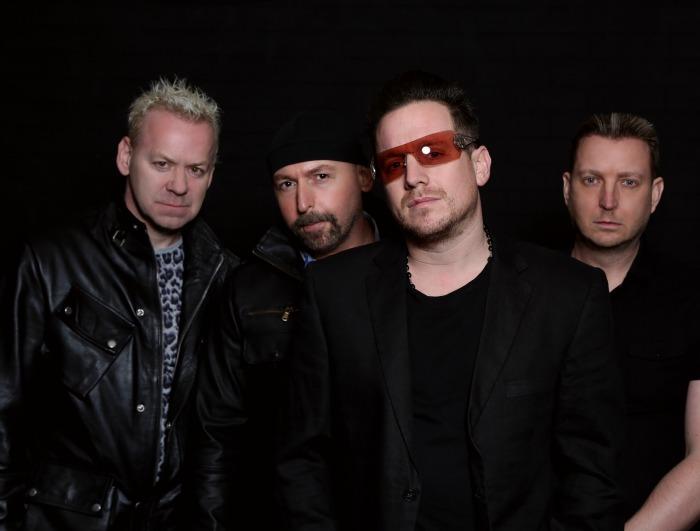 Based in Sheffield, South Yorkshire but regularly play across the whole of the UK and Europe.

U2 2 are the world's longest running U2 tribute. Formed by current members in 1992, the band have performed over 1200 shows, spanning three continents.
Known for their attention to sounds and stage presence, past shows include, Dublin's Point Depot (to 7000) and Feyenoord Stadium (alongside U2).

Other shows include Coventry Ricoh Stadium (with The Bootleg Beatles) and two shows for the 2012 Olympics. The band have been featured on national TV and radio and have past clients such as BBC1, ITV1, RTE, SKY, Air TV, Blackberry, Pernod-Ricard, 2012 Olympics and Mencap

'We're flattered by what they do' - Bono

'Seen them a few times..they're the best' - Aaron Govern U2 staff member

'The greatest U2 tribute in the world' - Suggs

'You look more like them that they do' - Carol Decker T'Pau

Breathe
Mofo
The Fly
Mysterious Ways
One
Until the end of the World
New Years Day
One tree Hill
With or Without You
Magnificent
The Unforgettable Fire
Desire
Still Haven't Found
Vertigo
Bad
All I want is You
Sunday Bloody Sunday
UltraViolet
Running to Stand Still
Where the Streets have no name
Pride
I will Follow
Beautiful Day
11 o clock tick tock
Electric Co.
A sort of Homecoming
No Line on the Horizon
Stay
Sometimes you can''t make it on your own