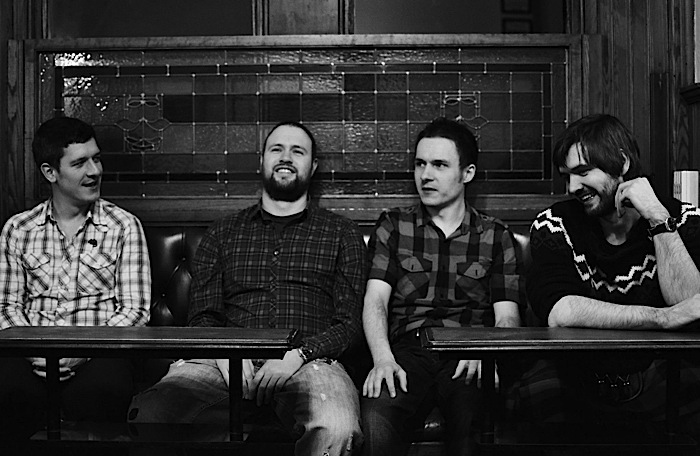 This Edinburgh based band The Shandoneers was formed in December 2007 and consists of four young talented Scottish musicians at it's core. The band has played all over Scotland in venues ranging from small hotels to town halls. What makes The Shandoneers special is the versatility of their sets. They host a lively ceilidh with clear calling and energetic playing, perfect for any celebration.

William Oke - Bass Guitar
William is a versatile Bass Guitarist and a former pupil at the City of Edinburgh Music School. He has worked with musicians and bands from the Rock/Pop, Folk, Jazz and Indie scene all over Scotland. In his school years he performed in Jazz and Wind orchestras and took part in shows such as 'Little Shop of Horrors' and Shakespeare's 'Twelfth Night'. Recently he has been working with musicians and solo artists, recording, performing and touring around the UK. He has also performed with 'The Sensational Jimmy Shandrix Experience' in Bergen (Norway) and at Celtic Connections in 2008.

David Toner - Fiddler/caller
David is a Fiddler, Guitarist, singer and ceilidh caller. He started playing ceilidh music as a Fiddle player with his Dad at the age of 9 and then later joined in his band 'Clamjamfry'. He grew up going to ceilidhs all the time, both as a dancer and a player, and loves ceilidhs now as much as he did then. He played the Fiddle in various orchestras (including Edinburgh Youth Orchestra and the National Youth Orchestra of Scotland), and loves playing Folk music: “You can't beat a good reel, and playing with the Shandoneers is just great. I really enjoy calling the dances too, making sure everyone's having a good night. It's really fun getting everyone up to dance, especially people that haven't done ceilidh dancing before and don't expect to like it - “don't worry, we soon win them round!“

Colin Macgregor - Drums
Colin has been a Drummer since the age of 12. He studied music at Perth College for 3 years, and since then he has been teaching Drums at schools and doing music workshops for the past 4 years. Colin plays a variety of styles including Rock, Swing and Latin and has played in numerous covers and original bands.

Andrew Mill - Guitar
Andrew has played the Guitar since the age of 12 and has been writing songs for 5 years. He studied Physics with Music at Glasgow University, specializing in Popular Music, Blues, and Jazz with. After changing course, he graduated in Product Design Engineering (BEng Hons) at Glasgow School of Art, and is now pursuing a career in music. Andrew has hosted 'Unplugged'; Glasgow's largest open mic night at Queen Margaret Union.