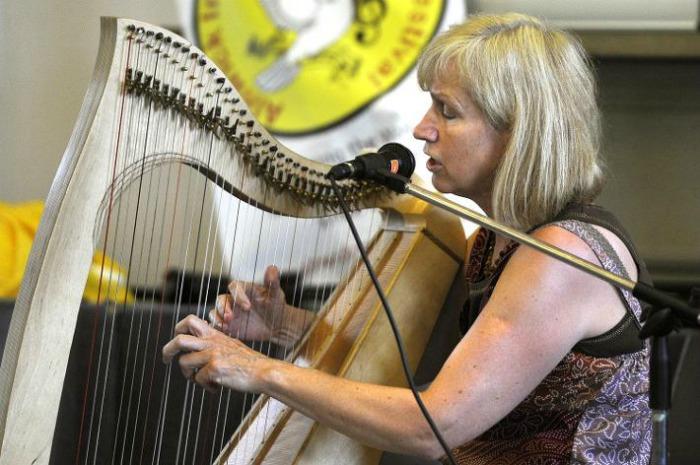 Based in Ayrshire and plays regularly in Paisley, Glasgow and the Central Belt of Scotland

Pauline Vallance is an award-winning singer/songwriter, who accompanies herself on the clarsach. She can add a classy, relaxing atmosphere to any event and is an accomplished interpreter of Scottish and Irish traditional songs, ideal for weddings and corporate events.

She also likes to ring the changes and has in her repertoire songs you might not expect to hear on the clarsach, like those by Bowie, Queen and Kate Bush among others, interpreted in her own style. She will endeavour to learn any particular songs which might be significant for the event. She has performed at many clubs and festivals, including the Edinburgh Fringe.

My Love is Like a Red, Red Rose - Burns
Caledonia - Dougie McLean
It Must be Love - Madness
Have I Told You Lately - Van Morrison
Wuthering Heights - Kate Bush
Loving You - Minnie Riperton
May You Never - John Martyn