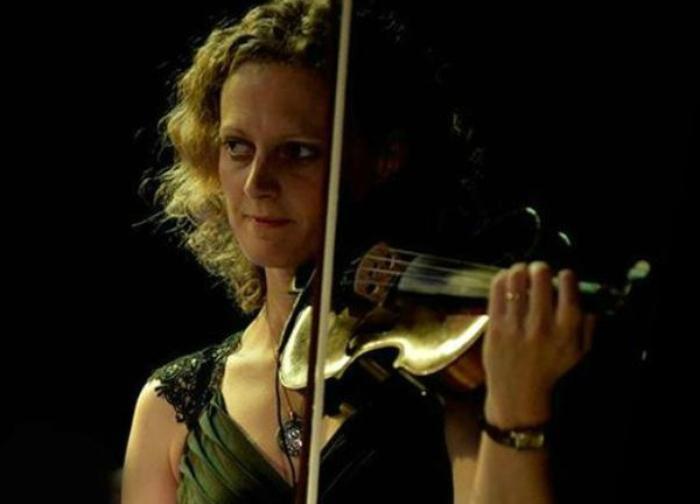 Lesley is based in Cupar and plays regularly across Fife, Perthshire, Dundee and Angus and the Central belt.

Lesley is a well respected musician in the traditional music scene, having competed successfully at a high level in Scottish fiddle. She was invited to the prestigious Glenfiddich Championship in 2012, 13 and 14. She has played solo sets at festival concerts and plays with various bands of different genres.

She has been a full-time musician since 2012, although she has been performing since she was a child and teaching since 2010. She plays a mixture of Scots fiddle, folk fiddle, bluegrass, and classical. Her style ranges from mellow background to engaging passion, to toe-tapping energetic folk tunes.

She is available as her solo fiddler/violinist, solo bagpiper and can even supply a Ceilidh band for your event.