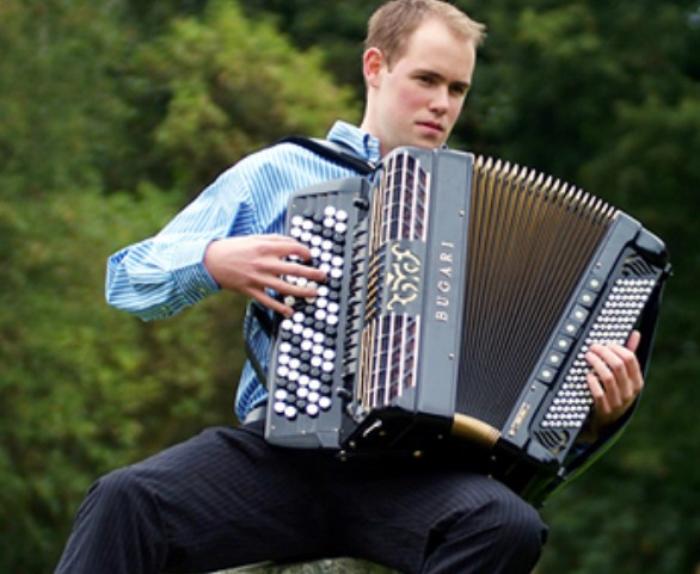 The band are based in Edinburgh but regularly play across Scotland and the rest of the UK.

Hot Scotch Ceilidh Band offer a vibrant blend of traditional and contemporary Scottish dance music for wedding receptions, corporate functions, graduation balls, birthday parties and many other events. This Scottish ceilidh band from Edinburgh provide an exciting mix of Accordion, Fiddle, and Drums, giving just the right atmosphere for a cracking night of ceilidh dancing! Hot Scotch can also provide a disco and lighting package to compliment the ceilidh. The Ceilidh Band travels all over Scotland and the North of England as well as performing regularly overseas, including recent functions in Italy, Bahrain, Greece and Monaco. Their lively style of playing and rapport with the audience will have the dancers up on the floor all evening. All of the ceilidh dances can be called by the band to ensure everyone can join in whatever their experience.

Paul Chamberlain- Accordion
Paul is an accomplished player and has won many competitions with his playing in both Classical and Scottish music styles. He has made appearances at music festivals around Europe and also performed on live television in Russia and Finland. His arrangements and lively style of playing bring a fresh feel to the music. In October 2010, Paul represented the UK at the Accordion world championships in Croatia. He graduated with a Masters in Music (performance) from the Royal Conservatoire of Scotland and teaches at the Merlin Academy of Traditional Music.

Michael Haywood - Fiddle
A virtuosic performer on both Fiddle and Saxophone, Michael has appeared in many leading venues including the Glasgow Royal Concert Hall, Sage Gateshead, The Barbican London, and has played on BBC Radio Scotland. He qualified with an honours degree in Folk and Traditional Music from Newcastle University and is now a highly respected session musician. Michael was selected to join the prestigious Live Music Now! scheme, founded by Yehudi Menuhin and has provided hundreds of concerts across the UK and abroad.

Jim Walker - Drums
Jim was born in Saskatoon, Canada and came to Scotland in 1984. His skills as a player and teacher of pipe band drumming, percussion and kit drumming have long been recognised and he adds an inventive and powerful rhythmic structure to the band. For several years, he toured with Ceolbeg and has also played with Ally Bain and Phil Cunningham and Sandy Brechin.