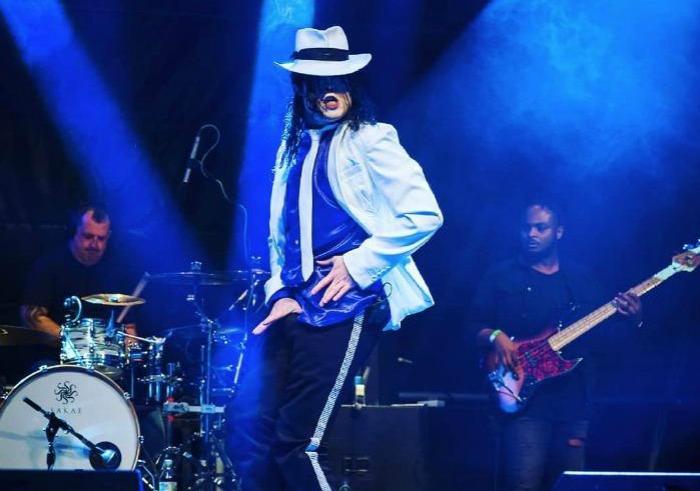 Edward is a professional tribute to Michael Jackson that has been seen all over the UK and beyond and has been Nominated for The National Tribute Awards 2018.

Edward uses the highest quality equipment which includes a full light show and projector video introductions and interactive projection screen show. He has also featured in world leading concert venues and productions these include, Indigo At The O2 London, USA, and Many International shows. Edward has also had the amazing honour to hear Exclusive news about Michael Jackson’s upcoming This Is It Tour plans back in 2008 From The Man Himself Michael Jackson On The Telephone.

This Michael Jackson Impersonator act can part of and event, whether it is a wedding, birthday party, barmitzah, club, dinner show, corporate event, concert, or any other function, This incredible Michael Jackson tribute can do them all.

Edward will leave you mesmerized and for a split second into thinking it’s the King Of Pop himself! Complete with authentic replica costumes as seen in Michaels tours and historic award-winning videos. Whether you’re a fan of the iconic beat it jacket, or just simply a white glove fan, this show has it all.

Smooth Criminal
The Way You Make Me Feel
Black Or White
Beat It
You Are Not Alone
Human Nature
Rock With You
Off The Wall
Don't Stop Til You Get Enough
Scream
They Don't Care About Us
Wanna Be Startin' Somethin'
I Want You Back
ABC
The Love You Save
Can You Feel It
Shake Your Body (Down To The Ground)
Billie Jean
Thriller
Earth Song
Heal The World
Man In The Mirror
Plus many more!