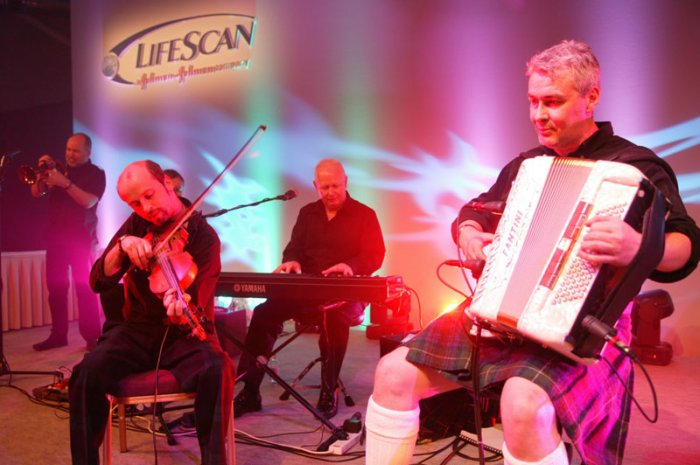 The band is based in central Scotland but plays all over Scotland and England as well as abroad.

The band is based in Scotland but plays all over, covering cities in the UK from Edinburgh and Glasgow to Manchester and London and abroad.

The band has played on the BBC Radio Scotland Hogmanay Show live from 2009 to 2013 and will again in 20014 for a record 6th time. The band also played at Glasgow's Commonwealth Games in 2014 and 3 of the band members received nominations at the Trad awards in 2014., including Gavin as composer of the year.

The 'callers' help you through all the dances if you wish and disco can be provided.