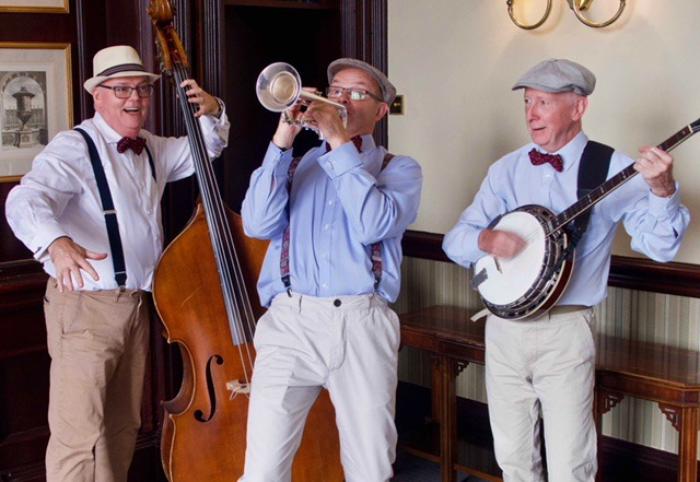 They play all over the North of the England including Glossop, Boston Spa, Southport, Matt & Phreds jazz clubs.

The Darren Lloyd Dixieland band plays music from the book of the great Louis Armstrong! Focusing on the greats from Louis Armstrong's 'All Star' years & his Hot 5 & 7! They also play numbers by Bix Beiderbecke, Fats Waller, W C Handy... Plus dance floor fillers such as Louis Prima's classic I wanna be like you.

The band is run by Trumpet player Darren Lloyd. Darren has an MA in jazz performance from the University of Salford where he gave a lecture recital on the influence of Louis Armstrong on 21st century music as part of his final examination.

The band has played many of the jazz clubs in the North, including Glossop, Southport, Matt & Phreds & Boston Spa and many more venues.

All of me
Ain't misbehavin'
Bourbon street parade
After you've gone
Do you know what it means to miss New Orleans
When the Saints
Tin roof blues
Willie the weeper
I wanna be like you
When you're smiling.......