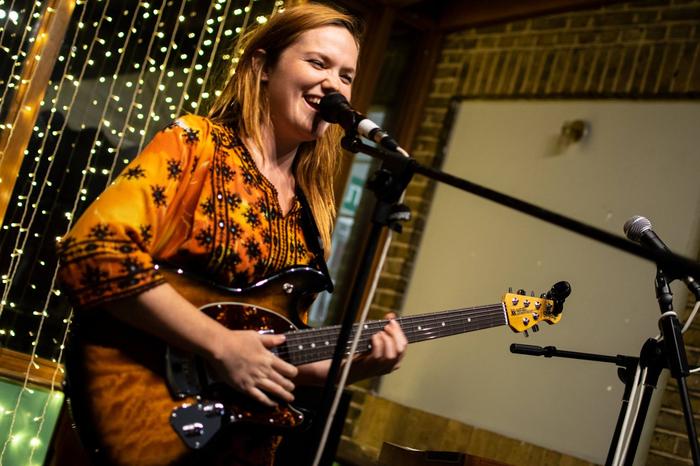 Mary-Grace is based in Bexleyheath and is happy to perform at events around the East and South of England as well as across Greater London.

Mary-Grace Dineen is a singer, multi-instrumentalist, performer from South-East London with a wide variety of experience as a session musician, recording for people and playing at various different kinds of events and festivals all over the world. Having graduated from Goldsmiths, University of London in 2014, she has since developed herself both as a solo performer and other setups including a 14-piece band.

Her music and energy create a beautiful uplifting atmosphere that she can tailor to any kind of event.

She can play a variety of music from Soul/Funk/Rap/Disco/Rock/Bossa Nova/Reggae and can take requests and freestyle if the client wishes.

Her experience as a freelance musician is diverse and has performed at a wide variety of live events, such as weddings, showcases and charity functions.

As a keen songwriter, she employs creativity in all that she does as a musician and has released numerous tracks under her own name online. In addition, she has performed as a session musician (both as a guitarist and singer) for various artists, playing venues such as the Royal Festival Hall and The Albany Theatre, as well as being played on BBC Radio 6. She has spent the last year traveling around India, Vietnam and Cambodia exploring different traditions and the healing properties of music. Mary-Grace is currently based in London working on recording an exciting new project!