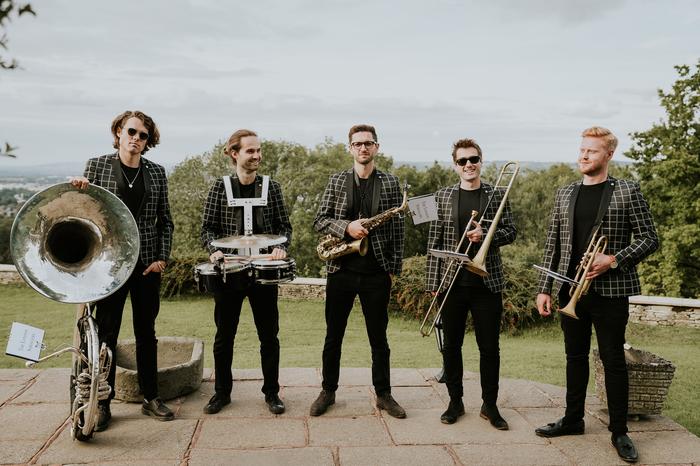 The band is based in London but perform throughout the UK and worldwide.

The London Strollers are an international roaming band based in London, UK. Made up of five fun and loveable gentlemen, who also happen to be some of London’s top session musicians, they are sure to turn any occasion into one hell of a party!

Combining their fun and energetic performances with their world class musicianship has led to The Strollers performing for numerous high profile clients and luxury party’s all around the world. You are in safe hands with these guys - between jet setting around the world as a band you can find the musicians touring and performing with the likes of Stormzy, Joss Stone, The BBC Big Band, West End Musicals and The Royal Philharmonic Orchestra to name a few.

There is no need for a stage, sound system or any wires - they will roam completely acoustically around your guests creating an electrifying atmosphere that will be sure to have everyone singing their hearts out, dancing until they drop and creating memories like no others.

With an ever expanding set list, The London Strollers will be sure to entertain guests of all ages with their own personalised arrangements of pop classics from the 50’s right up to todays chart toppers.

Their shows can be tailored specifically to your needs. Whether it's a themed costume or a bespoke arrangement of your favourite song, the boys will have you covered no matter what!