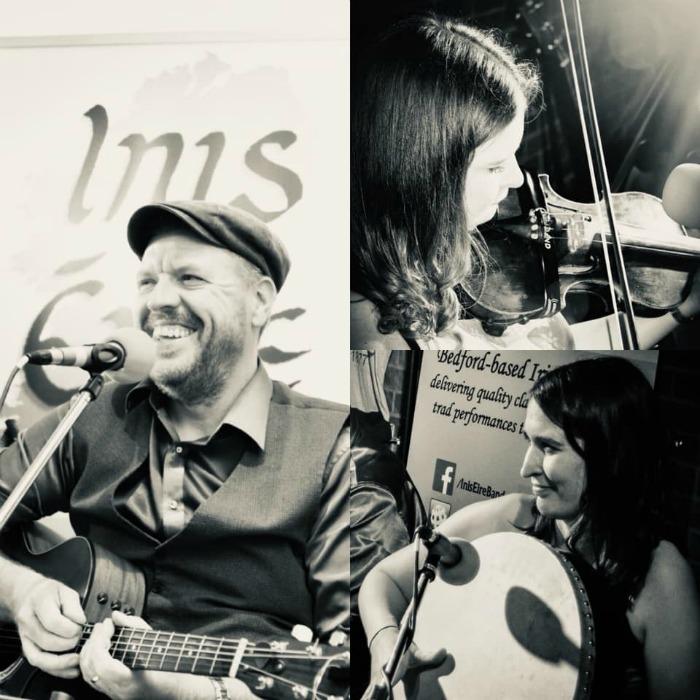 The band is based in Bedford and frequently play in surrounding areas such as Luton, Dunstable, Milton Keynes, St Neots and Olney.

The trio is formed of Bedford-born sisters Sally and Eve McGrath, whose father is from Belfast, and Dubliner John Henry. The sisters have been playing and singing Irish music together (Eve on fiddle, Sally on whistle, both on vocals) since they were children, and were thrilled to join in with larger groups when they started joining Sally's colleague John (guitar, low whistle, percussion, and vocals) at trad Irish sessions at the Three Cups in Bedford.

As a trio, Inis Éire have had an incredibly successful and prolific first year, playing nearly 30 gigs at various pubs, clubs, festivals and other events. As classical singers, Sally and Eve also have a wealth of experience singing in ceremonies, operas and choral groups.