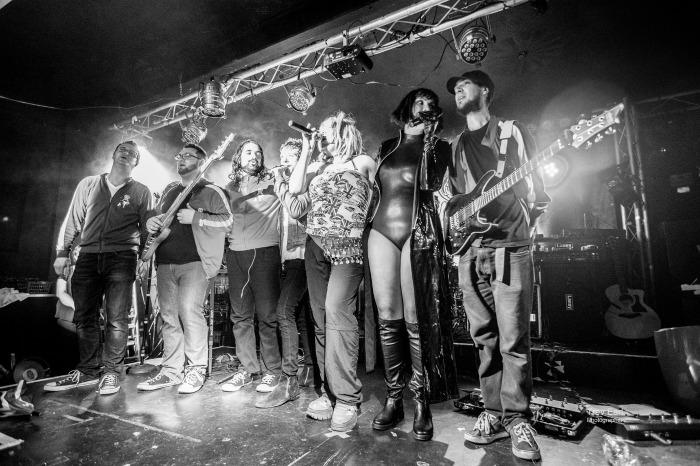 The show is based in Bedfordshire, and tours nationally; going international in 2017.

The Britpop Show, aka The Girl From Mars, is available in two formats: a full narrative theatre show or a spectacular live music event. Loosely based on the 1954 B-Movie classic, 'The Devil Girl From Mars', this is a female-fronted sci-fi adventure with a soundtrack ranging from Republica, Oasis, Blur, Pulp, Radiohead, and many more Britpop icons...as you've never heard or seen them before.

With a variable line up depending on budget and space, you can choose from a line up involving between one and three vocalists (2 female, one male) and even include 2 or more burlesque dancers. All formats of the show include choreography and props, and for larger shows/venues you can expect a UFO drone, snow effects, and a giant robot puppet. Naturally.