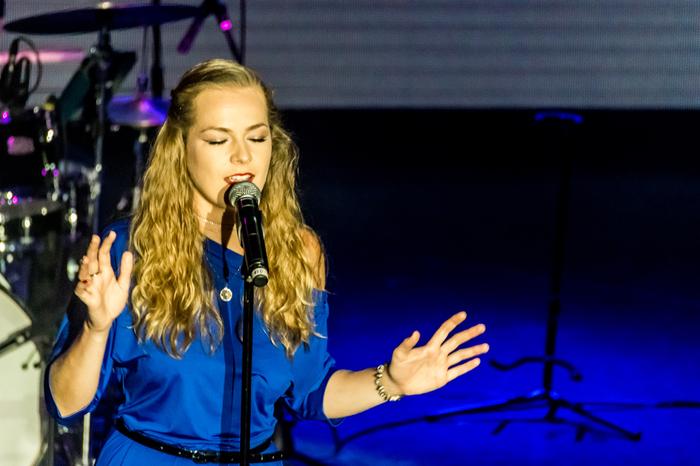 Soulful Sounds perform a sleek mix of Pop, Soul and R&B from the 50s right up to the present day. They have performed both around the UK and internationally for all types of events - from weddings to gala dinners for the Royal family. They use a loop/harmony pedal to enhance their sound, making them stand out from a lot of other duos on the market.

Amy Owen is a London based singer, having studied at a performing arts college in Leeds she moved straight to London when she graduated. Her training in Musical Theatre and her experience in performing for many years give her a natural stage presence and a fun, energetic performance. Her past gigs include the London 2012 Olympic Opening Ceremony and the Edinburgh Fringe Festival as well as performing at beautiful venues like The Savoy and Kensington Roof Gardens.

Adam Bridges is a London-based keys player with over 20 years playing experience. Since graduating from the London Centre of Contemporary Music in 2013, his gig list has seen the likes of Pinkpop Festival (where he shared the same bill as acts such as The Rolling Stones, Ed Sheeran and Paulo Nutini), a residency at The Savoy Hotel, Glastonbury, The Royal Albert Hall etc. His day job is playing/writing music for adverts – his past clients include Sky, Loreal, Argos and (most prestigiously of them all) Lidl.