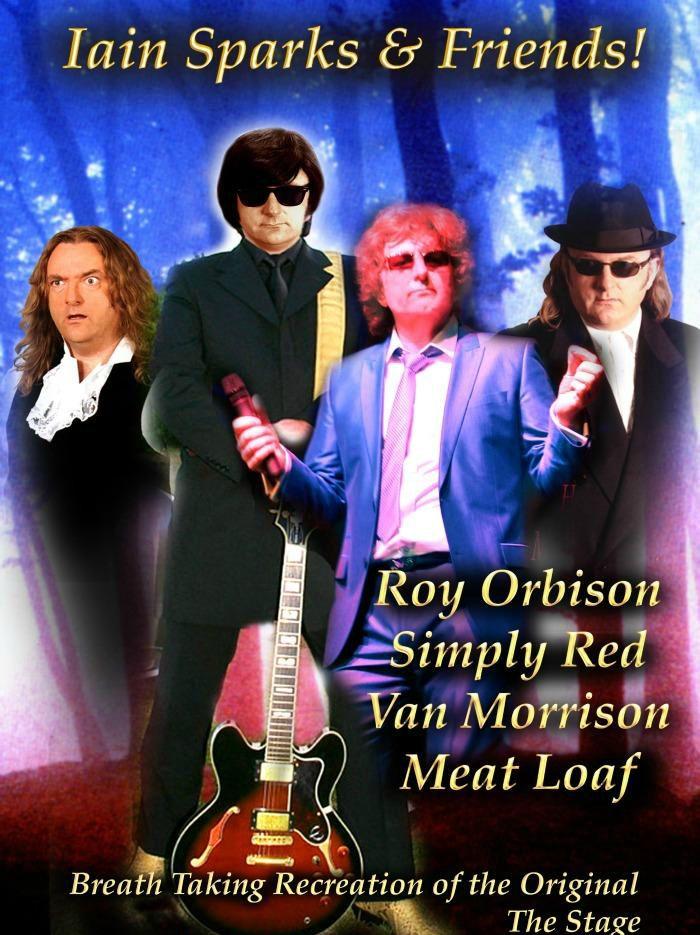 Iain is situated in Weybridge which is between the M3 and the A3 close to the m25 - 9 miles from Heathrow.

He starred as Roy Orbison in ‘The Concert They Never Gave’ for E&B productions (Buddy! - West End) on several UK tours including appearances in West End Theatres.

In 2005 Iain played Orbison in Perth, Australia with a 20 piece orchestra - the booker searched the world for the ‘best Roy’ & chose Iain as his first choice - supported by Johnny Earle.

Iain performed on live TV as Roy with Westlife in 2007 for BBC1 (one of many TV appearances) and spent most of 2009 touring in Europe & the UK with various theatre shows.

Iain's latest show is 'Simply red-ish - a tribute to simply red - which yet again emphasizes his superb vocal ability, range and versatility.

“Breath Taking Recreation of the Original” - The Stage

Iain is a gifted songwriter and had 2 top 10 hits in the EMS Eurochart - one of which ‘You’re not alone’ beat U.S. number one recording star Travis Tritt!

Simply Red:
Stars
Fairground
Money's Too Tight To Mention
For Your Babies
Holding Back The Years
Sunrise
Night Nurse
Something Got Me Started
If You Don't Know Me By Now
The Right Thing
New Flame


Meat Loaf :
2outa 3 Ain't Bad
Took The Words Outa My Mouth
Real Dead Ringer For Love
Paradise By The Dashboard Light
Bat Out Of Hell
Heaven Can Wait
Midnight At The Lost And Found
Anything For Love

Status Quo:
Rockin All Over The World
Whatever You Want
Sweet Caroline
Down Down
Rain
Marguerita Time