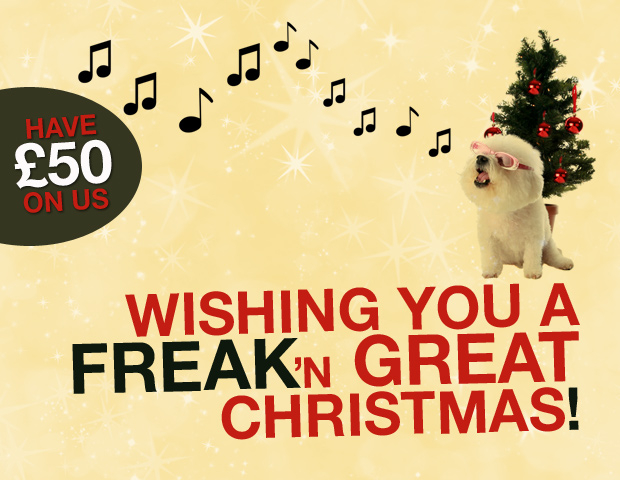 The last twelve months at Freak towers has seen the personnel increase by one, the average age increase by three and the band roster increase by over 300. At the beginning of the year, we had promised ourselves that by close of play 2011 we would be operating nationally and guess what, we are. Scotland could never contain us after all.

The personnel increase came about by the employment of Chris Mackinnon earlier in the year. His job was initially to spread the word and recruit bands from all over the country for a few months but now we can’t get rid of him. To quote the great Mark E Smith, he initially hit the north, then the midlands and the surrounding area and just kept on heading south until he hit the M25 and that big place inside it. As he says “Always loved London, it’s like my favourite type of woman, big, fast and dirty.” Thanks Chris.

The last six months have seen us expand so far in to the south of the UK that we now taking bookings for London bands in Aberdeen and for Edinburgh acts in Manchester and other combinations too. Crazy days indeed. We’re at the stage now where bands are approaching us with a view to going on the books rather than the other way round, which heavily implies we’re doing something right and the word of mouth publicity machine is working well.

The newly refangled website went live this year too. Both the front end bit you all see plus the big unwieldy database behind the scenes has been tweaked to the nth degree to make it much easier for all you lovely people to browse the acts in your particular region, make group enquiries and of course book.

Looking forward, 2012 will see us begin to stage showcase events, the first one hopefully happening in February in Edinburgh and the plan is to hold events in Glasgow and a few other major cities down south too. Get in touch with the aforementioned Chris via the main site and he’ll put you on the ‘the list’ and let you know when we’re doing one in your area.

If you’re still looking to secure an act for your event (OR if you know a friend or colleague who are looking), simply quote “FREAK XMAS OFFER” over the phone or by email when proceeding with any booking before the end of the 2011 and we’ll deduct up to £50* from the fee quoted. But don’t worry, you can pay the booking deposit after the New Year.   If you haven’t already, get some quotes back from your favourite acts and get the ball rolling…

Terms & Conditions
* Booking must be over the value of £650, otherwise a £25 discount will apply.  Offer not valid on confirmed bookings. Offer valid on all existing open enquiries and new enquiries until 31 December 2011. Booking must be made before 5pm on 31 December 2011. The deposit or full amount (if due) must be paid by 31 January 2012, after which time the discount will no longer apply. Customers will receive the discount from their quote when quoting “FREAK XMAS OFFER” by phone, email or by stating it in the notes section of the quote form. Offer will not apply to any previously discounted quotes. Discount will appear on the booking contract sent out by Freak Music.

We’d like to wish all our friends, bands and clients, old and new, a Freakishly good Christmas and New Year.

The last twelve months at Freak towers has seen the personnel increase by one, the average age increase by three and the band..." />