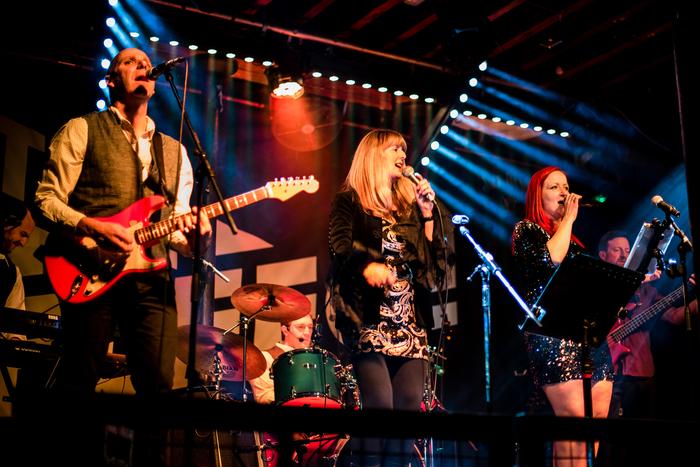 The band are based in Bristol/Bath are and regularly play across Somerset and the South West.

Retrochic are a band that comprises six experienced musicians who share a love of music that you can't help moving to. They have an understanding of what it is about the disco/funk sounds that gets people onto their feet.

These are musicians whose talents are evident as soon as you see and hear them. They strive not only to bring you the songs you remember dancing to, but played as you remember hearing them. Their repertoire is sizeable, taking in acts as varied as Chic, Stevie Wonder, Sister Sledge and Rose Royce.

Above all, they love performing their set of disco funk classics and aim to keep people on their feet, playing some of the classic tunes of the discotheque era. There's plenty of opportunity to get involved with the performance, as they'll happily 'breakdown' into sections for audiences that want to sing along!