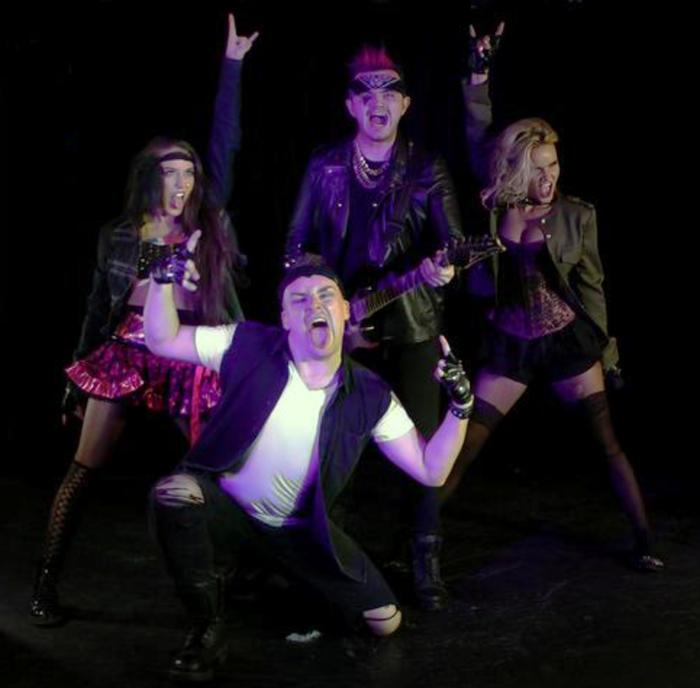 The act is based in Glasgow but perform all over the UK.

The Queen Killers is a show packed with all the much loved songs of Queen, as well as a tribute to We Will Rock You the musical. The act is available as a duo of 2 singers or 4 piece with 2 rock dancers.

Featuring powerhouse vocals and innovative, energetic choreography, this celebration of songs by one of the worlds greatest rock bands is performed by some of the UK's most talented performers. Just don't stop them now!

The show opens to the head banging Bohemian Rhapsody and is filled with showstoppers such as; Somebody to Love, Radio Gaga, Crazy Little Thing Called Love, I Want to Break Free, and many more. The characters of Killer Queen will transport you back to the 80s era of rock, even the Fat Bottom Girls won't be off the dance floor all night! There will be an audience of Champions as they sing along to the power ballads.

The show features a stunning leather bound and studded costume and make-up design which all helps to create the wow factor. They aim to show the audiences the fusion of heavy metal, glam rock, and camp theatrics.

This celebration of Queen features choreographed dance routines and comes self-contained with a high quality, state of the art sound system, as well as dazzling stage lighting. Please note that the act can also play music before and in between as well as after the show to save you hiring a separate DJ.

The dynamic cast have toured worldwide, performing to sold-out venues and arenas. The vocalists have appeared in Londons West End and have received critical acclaim for their superb vocal efforts. The dancers have been painstakingly picked from thousands of auditionees for your enjoyment. You really believe your eyes and ears; your venue will truly rock on!