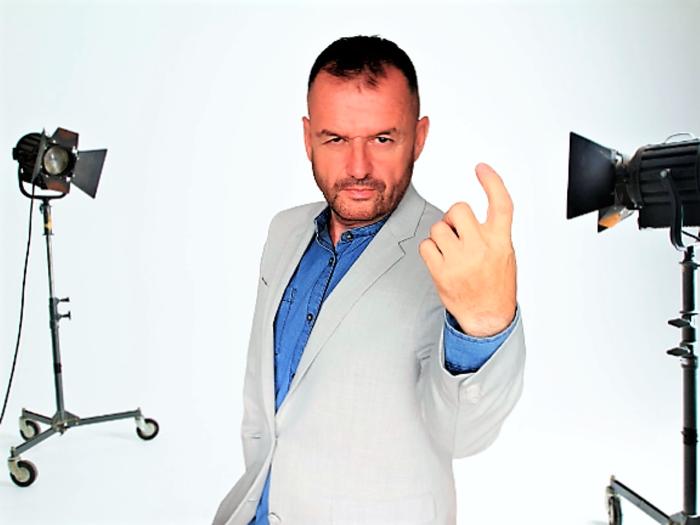 The act is based in Clydebank near Glasgow and tours Scotland on a regular basis.

Paul T Mckenna is a highly gifted singer and entertainer, who regularly tours Scotland and the rest of the UK on the Cabaret circuit with his Jazz/Swing show. From an early age he received much of his musical education singing in churches, Gospel Halls, including a period in an Evangelical Choir, but he later became a solo performer. He is also a highly gifted mimic, with a great sense of humour.

He very quickly gained a faithful following, attracting much publicity as he performed at many high-end corporate bookings, and this meteoric rise to fame won him an award as "Most Requested Artist of the Year 2010".

Weddings, dinner dances, corporate and private functions are particularly suited to this style of cool swing. Typical performances being two hour sets, or two of forty-five minutes to suit the client, with Paul either in lounge suit or tuxedo to suit the mood of the event. Paul performs solo to orchestral quality backing tracks, and enjoys mingling through tables for audience interaction. Interval music can also be provided to keep the mood.

Paul T McKenna sings the songs that defined the 20th century, written by some of the finest song writers of all time (e.g. Cole Porter, Rogers and Hart, Cahn and Van Heusen) and as performed by the finest singers the world has ever enjoyed with the likes of Dean Martin, Frank Sinatra and Bobby Darin.

With a perfect mixture of humour Paul is also the funny man, a character, a true showman and the life and soul of the party. Lots of tuneful harmonies and matched chemistry, you are sure to be impressed.