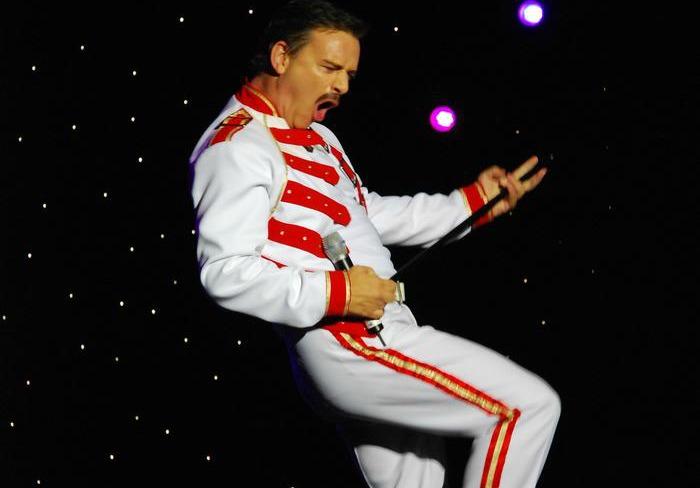 He Will Rock You

The act is based in London and happy to travel for events.

Queen were arguably the greatest rock band there ever was. In the 1970's and 80's they ruled the pop world, and their edgy rock combined with melodic tunes brought them a wave of adulation across the globe. Of course central to this success was their superstar front man Mr Freddie Mercury! Freddie was the consummate performer, and was one of the greatest songwriters of his generation writing a string of hits most notably Bohemian Rhapsody.

The music of Queen lives on today, and their songs have never been more popular. So a tribute to this great band and its legendary front man HAS to be good…really good, to cut the mustard. He Will Rock You gives you the vocals and movement of Freddie, the great sing-a-long anthems, of Queen and a chance to stroll down memory lane with some of the greatest rock tunes ever written. Mike Baker has taken this one man show around the world. It’s lively, entertaining and will be something you wont forget!

It's a special act, so needs a special occasion to really sparkle. There's lots of audience participation, singing and clapping along, and everybody is invited to be really rocked! The show is called: He Will Rock You! And that's what happens. All Queen's mega hits are in this show; I Want To Break Free, Radio Ga Ga, Don't Stop Me Now, Crazy Little Thing Called Love, We Will Rock You, We are the Champions...and many more. It's a fun night, it's a lively night, and it's guaranteed to get everyone singing, clapping and dancing along. Book this act, and be rocked!!