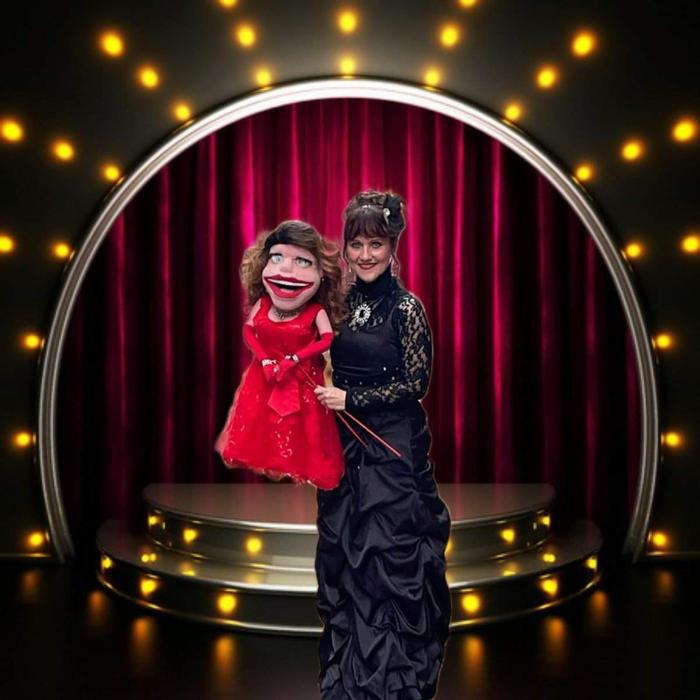 The act is based in Sheffield but performs throughout the UK and Europe.

Emily Brown is an award winning performance artiste who has worked in theatres and cruise ships around the world for over 25yrs.

As a ventriloquist, she has a unique act which is fresh and original featuring comedy and singing through her puppets. Including her opera singing puppet Gloria.

she has worked on cruise ships and in Cyprus as well as performed in theatres including the Blackpool Opera House.

She also performed at the historic City Varieties in Leeds in The Good Olde Days variety show supporting Bobby Crush.

She has also supported top cabaret stars including Billy Pearce, The Bachelors and Gilbert O Sullivan.

In 2021 she appeared in the theatre programme of the Royal Variety Performance after performing at the charity's Brinsworth House.