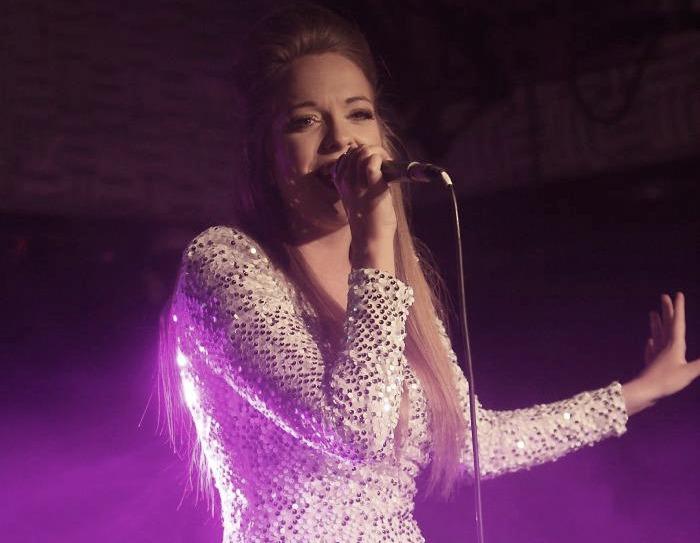 Dionne is based in Falkirk and she regularly performs all over Scotland.

Dionne Hickey is one of Scotland's most sought after vocalists for special events, festivals, award ceremonies, weddings, parties and corporate events.
She was thrilled to have supported The Jacksons in 2018 with a 30 min slot before their performance on the Friday night at the Scotfest festival.The Saturday will see Dionne host and perform before Boyzone, Bewitched, Five and East 17. 2017 saw Dionne host and perform at PKD FESTIVAL supporting Bewitched and Atomic Kitten.
She  began her career when she won the The Voice of Fife in 2011 aged 17 Since then Dionne has performed at Edinburgh, Glasgow and Manchester Pride, Perth Concert Hall, and many prestigious hotels at weddings and award ceremonies. She has also performed at Christmas light switch on events across the country and at the Athlete's village at the 2014 Commonwealth Games as entertainment for the athletes prior to the games in Glasgow.
Dionne was featured in BBC1's 'Viva Variety' show at the beginning of her career as a singer and as a result was asked to perform the theme track and play a small part in a new movie The Last Love Letter.
Aside from her cover work, she has been promoting her own material on various radio stations. Radio One Lebanon is a big supporter of Dionne sharing her Xmas track Won't You Be Mine for Christmas which went viral with 200K views in 4 days and also sharing her track Dum Dum Diggy which had 200K views on the first day and peaked out at almost 500k. Dionne can do a mixture of old and modern chart tracks and specialises in clubland dance tracks depending on what's required at your event