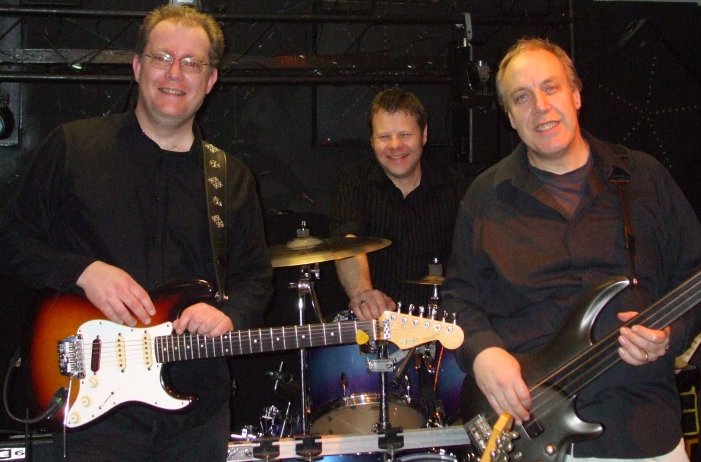 Chill are based in Dorset, near to the county town of Dorchester, and the band regularly gig across the county from Bridport in the west to Bournemouth & Poole in the East, taking in Dorchester, Weymouth, Blandford, Wimborne, Wareham, Swanage, Sherborne and on the border in Yeovil.

CHILL are a professional three piece function band based in Dorset that have been appearing in venues across the south of the UK for over 10 years.

As well as performing in pubs and clubs, and at festivals, Chill are available for private bookings.

Chill are the ideal band for your wedding, birthday, anniversary, Christmas or new years party or for a Corporate function Chill

Despite 'only' being a 3 piece, they use synthesisers for all the keyboard parts, and many people have commented over the years about how they can produce such a full and professional sound.

The band play a wide range of well known popular songs from the 60s to the present - from The Kinks and The Rolling Stones through to Green Day and Snow Patrol, taking in The Police, U2, Pink Floyd, Duran Duran, Gary Numan and a host of others along the way.