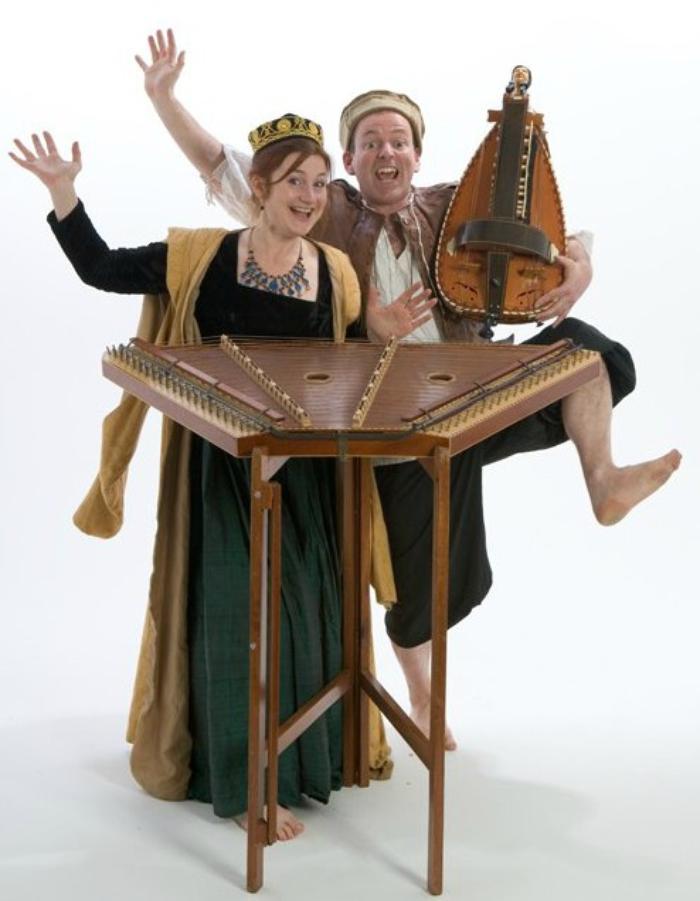 The band are are based in Hull but will play throughout Yorkshire and beyond.

The Grinnigogs specialise in historical and themed costumed entertainment . Established in 1987 this band have surprised, delighted and entertained audiences all over the world. Specialising in the performance of exciting, uplifting and sensual music on a diverse range of instruments using a variety of medieval instruments like Hammer Dulcimer, Hurdy-Gurdy, Bagpipes, Shawms, Percussion, Violin and Cittern – they can perform as soloists, as a duo or as a band with up to seven virtuoso musicians. The Grinnigogs not only have remarkable skills as musicians but consummate artistry an sensitivity as entertainers.

The Grinnigogs work from a fixed spot or as strolling players and can perform acoustically or with amplification. The jovial jesters perform hilarious medieval entertainment and they will take you back in time on an exciting historical journey!

The Grinnigogs have achieved National and International acclaim since they began as medieval entertainers in 1987, having appeared at many prestigious British Arts festivals. They have toured Japan, Eastern Europe, Belgium, Holland and Germany. They offer acts for all kinds of events, and are hugely popular for weddings, street performances, historical sites, corporate themed parties and complete banquet entertainment.

Anything medieval .... including
The Bear Dance
Horses Branle