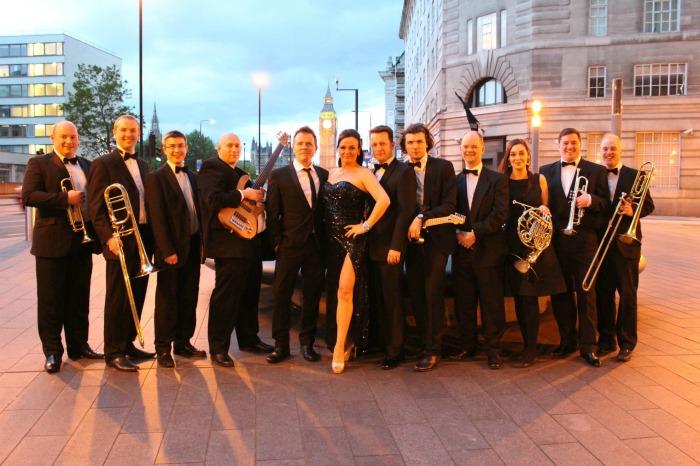 The band are based in London and Surrey but frequently travel nationally and also internationally.

The James Bond Tribute Band are considered the World's leading tribute to the music from the famous 007 films. Formed in 2004 as the first ever James Bond Tribute, the band has gone on to command a loyal following from around the globe.

Primarily working for corporate and private parties, the band have appeared all over the UK and abroad in Italy, Majorca, Cyprus, Gibraltar, Czech Republic, Guernsey, Monte Carlo and Germany. In Germany they were flown out to perform in a James Bond Concert Spectacular at the second largest area in the country - Oberhausen.

Back in the UK, the band have performed at many notable venues including The Wardolf, Natural History Museum, Cliveden House, NEC Birmingham, Landmark Hotel London, and a host of others including Pinewood Studios (where all the legendary Bond films are shot!).

This Band are held in such high regard, they were the specially chosen group to perform at Sir Roger Moore's Memorial Event for his friends and family - an event attended by Royalty and the who's who of the British Film Industry such as Sir Michael Caine, Dame Joan Collins, David Walliams and many more from the Bond films.

"When our thoughts turned to planning Sir Roger’s memorial event at Pinewood in October 2017, we knew James Bond would play a significant part and one of our first calls was to Warren and the James Bond Tribute Band. They helped make a wonderful day an extraordinary day."

Providing an exciting and unique show - and it really is a show, with movement, elegance, stunning musicianship and hair raising pomp - the band also provide (as part of the price) a set of dance-floor filling party music.