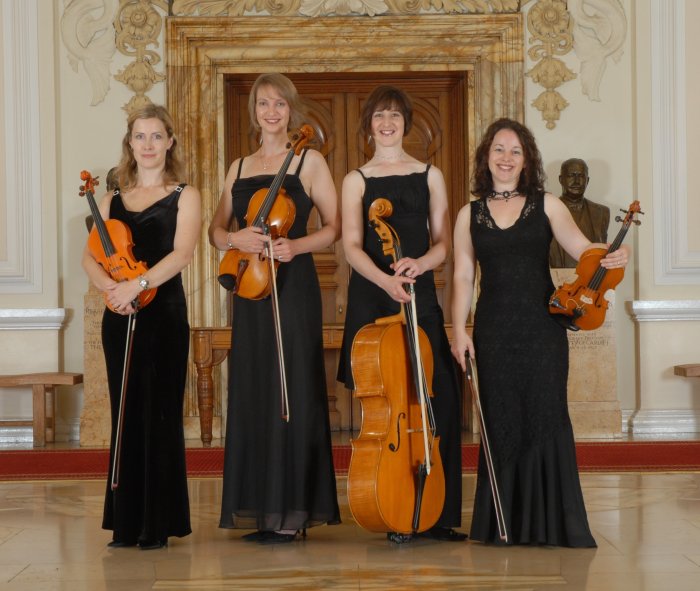 The quartet is based around Cardiff and frequently plays across all of South Wales, occasionally travelling to South West England and Mid Wales.

Established in 2002 by professional musicians, the Cambria String Quartet has gained wide experience in performing at corporate events, functions, concerts and weddings.

Their repertoire has many different styles including classical, opera, folk, jazz and any pop/rock music. Their play list is continuously expanding, plus they offer an arrangement service for any special musical requests.

Recent work has included playing at the opening of the new Penderyn Distillery hosted by Prince Charles (June 2008), the launch conference for the new Pembrokeshire gas pipeline hosted by Her Majesty the Queen (June 2008), and summer festivals such as the Raglan Festival.