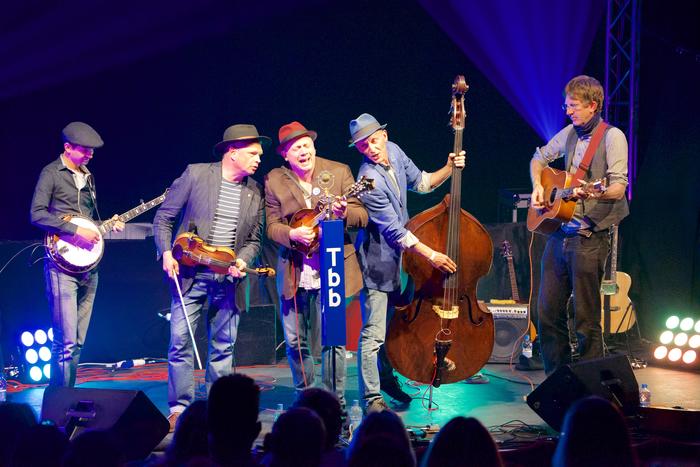 The band are based in the Bath, Bristol and South West region.

Thunderbridge Bluegrass Band have been around since 2005, recently with a change of personnel the band is re invigorated, it still has the original front man skills, singing and song writing of Nick Girone-Maddocks and the punchy double bass of Jules Bushell. With the addition of virtuoso banjo playing of John Breese, the driving fiddle of Matt Gryspeerdt underpinned by the guitar playing of Tall Paul Hill.

Not a covers band and not ideal for weddings, they are particularly suited to an informal listening event, are good entertainers, good for cabaret style events, art centres, outdoor/indoor festivals, shows etc and can be scaled down for more intimate venues and functions.

Out and about bringing their own version of bluegrass, using one microphone, five instruments and thrilling four and five part vocal harmonies which all blend together to make a traditional yet thoroughly original sound. Honest all-acoustic music, mostly their own compositions but with a few classics thrown in, there is something for everyone.