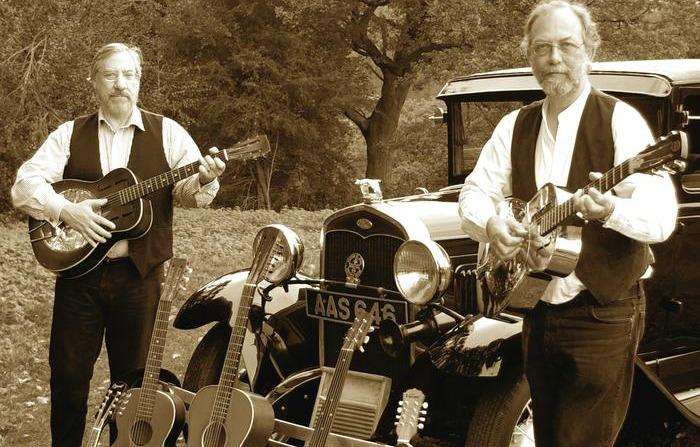 The RJO are based in The Forest of Dean and frequently play in the Welsh marches, Bristol, West Midlands and South Wales and travel widely to national blues, folk and Americana festivals.

The Ragtime Jug Orchestra is a roots string-band duo recreating the sounds of early 20th century rural America, playing a good-time mix of country blues, skiffle, Americana and jug band music. The RJO have been playing at national UK folk, blues and American festivals, folk and blues and Acoustic clubs, events, parties, house concerts, and pubs, restaurants and bars around Gloucestershire, Bristol, the Midlands, Welsh Borders and South Wales since 1999.

The band is experienced at getting audiences involved and we bring along percussion for them to join in, or can even teach some dance steps. The band members are experienced educationalists and also offer a variety of musical and audio-visual historical or fun performance presentations and workshops for all occasions: festivals, schools, colleges, blues and folk clubs, parties and social events.