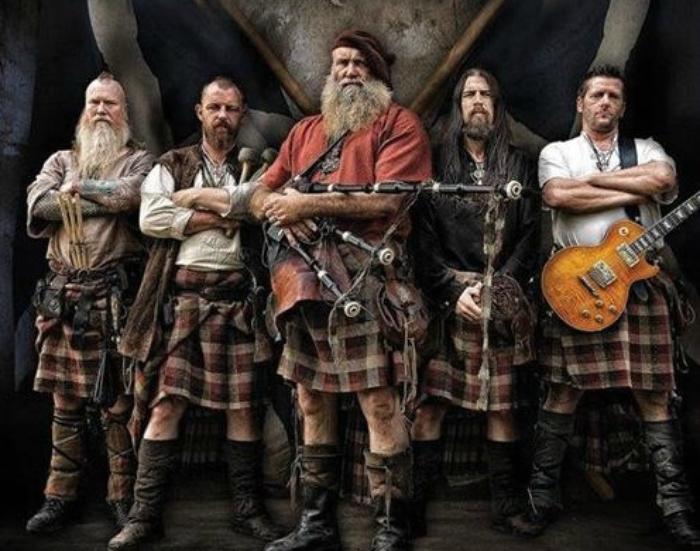 The band is based Edinburgh and Germany but regularly play across Scotland and throughout Europe.

'Saor' from the Gaelic word 'Saorsa', meaning freedom or liberty...

From Central Scotland and Fife - the ancient Celtic Kingdom of Scotland - Saor Patrol and their unique sound of Scotland in the 21st Century, bring together the sounds of the past into the present and launches the listener into an exciting tribal experience.

Those that have heard and experienced Saor Patrol live never forget the visual image. The vibrant energy they share with their audience during a performance, with their vibrant Pipe tunes and Drum rhythms please and excite many a crowd from all walks of life.

The sound they have evolved, produced and developed has been referred to as "Celtabilly": Bluegrass, Rockabilly, and as many other sounds have evolved from traditional Scottish and Irish music over the centuries, this is their contribution! Still holding onto their unique sound and style they continue to combine old musical Celtic roots with the new.

Again and again Saor Patrol bring to you their very own brand of music. Their fast growing backlog of CDs include: Esspee their first Album from the early days, now very rare, then followed by Black Bull along with EPs I an II also very rare but available by request; their third album Aptly called Full Boar is their favourite contribution; the next album, Full Throttle started as a bit of fun - a growing Rock orientated fanbase influenced an experiment that really worked, (hence the play with words), this has surprised and pleased people from all over the world and received some excellent reviews. The band teamed up with their producer Paul Kane on this project and produced a semi-electric album with Guitars, Keyboards and Irish flutes. This album along with their backlog is now heavily distributed and available and easy to buy online.

Saor Patrol have performed at festivals throughout the UK, Europe and the USA and are available for bookings for any occasion.

Book them for a unique Scottish Celtic experience for festivals, corporate and public events, private functions, weddings, gatherings, galas, etc.. bringing a taste of Scottish tradition with a difference to any event.

The band's set list consists of their own compositions