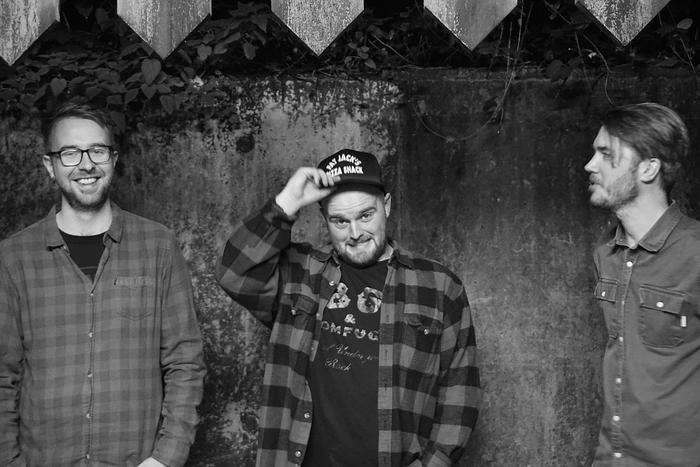 Fastlane are a three-piece function and cover band from Cornwall, playing rock and pop covers from the 50s right through to the present day. The band are new, young and enthusiastic, bringing a fresh energy to some classic cover songs and playing a few other songs you might not expect.

While the band are a three-piece, they use cutting edge technology to enhance their performances and sound more like a five-piece.

The band also benefit from the fact that all three members are vocalists and this allows for live harmonies which many other bands would struggle to match. The band perform songs from bands such as The Police, The Beatles, Fleetwood Mac, Biffy Clyro and The Killers. The band always perform with smiles on their faces and do so with professionalism and an impressive aptitude.

For weddings, the band allow the option of learning a song for the first dance at no extra charge.

The band also offer an acoustic option, alongside DJ services.

Repertoire (as of spring 2019):
When You Were Young - The Killers
Many of Horror - Biffy Clyro
In My Place - Coldplay
Can't Stand Losing You - The Police
Naive - The Kooks
Sex On Fire - Kings of Leon
Times Like These - Foo Fighters
Stairway to Heaven - Led Zeppelin
Money For Nothing - Dire Straits
Take It Easy - Eagles
Sharp Dressed Man - ZZ Top
All These Things That I've Done - The Killers
Sultans Of Swing - Dire Straits
Fire - Jimi Hendrix
Fortunate Son - Creedence Clearwater Revival
I Feel Fine - The Beatles
Day Tripper - The Beatles
Johnny B. Goode - Chuck Berry
All Right Now - Free
Time Of The Season - Zombies
Run To You - Bryan Adams
Go Your Own Way - Fleetwood Mac
The Chain - Fleetwood Mac
Purple Rain - Prince
Give It Away - Red Hot Chilli Peppers
Message In A Bottle - The Police
Sunshine of Your Love - Cream
Mr Brightside - The Killers
Every Breath You Take - The Police
You Really Got Me - The Kinks
Little Wing - Jimi Hendrix
Wish You Were Here - Pink Floyd
Green River - Creedence Clearwater Revival
Get It On - Marc Bolan T-Rex
Don't Look Back in Anger - Oasis
America - Razorlight
Scar Tissue - Red Hot Chilli Peppers
No One Knows - Queens of the Stone Age
Feeling a Moment - Feeder
Crosstown Traffic - Jimi Hendrix
Californication - Red Hot Chilli Peppers
There She Goes - The Las
Folsom Prison Blues - Johnny Cash
Waterloo Sunset - The Kinks
Get Back - The Beatles
Purple Haze - Jimi Hendrix
Come Together - The Beatles