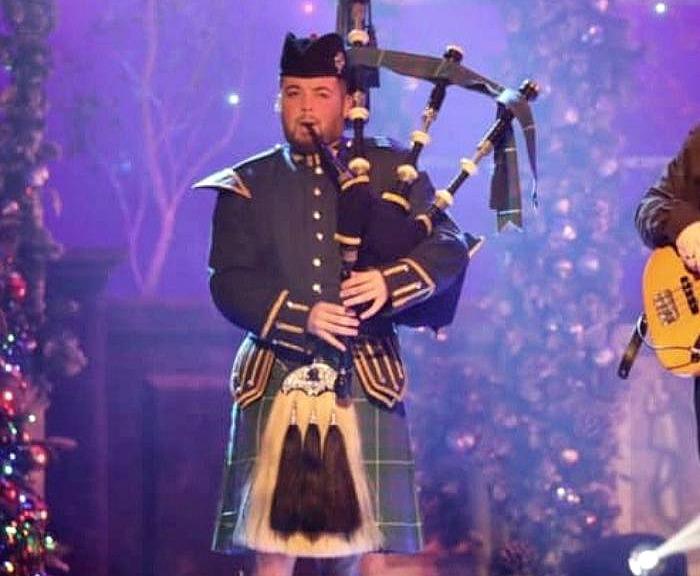 With many years experience, Bagpiper George has played at many events such as the Thursford Christmas Spectacular, Basel Tattoo, HRH The Queens 90th birthday. George has recently filmed for the upcoming 'The Kingsman 3' and has featured on the BBC, ITV, Swiss TV, Australian TV and German TV. He has performed at many weddings, funerals, Burns night events and New Years Eve events and has performed all around Europe touring with different bands alongside winning the British pipe band championships.

From an early age George was playing the Bagpipes in the Air Cadets and has gone on to represent the Metropolitan Police and the Royal Air Force in functions all around the world, playing at iconic venues such as; Edinburgh Castle, Windsor Castle, The Royal Albert Hall, Menin Gate, Normandy beaches, Annabel's, Goodwood House and the Arts Club, Mayfair. With both high level of Military and Competition experience George will be sure to add something special to your event.

Plus many more tunes!