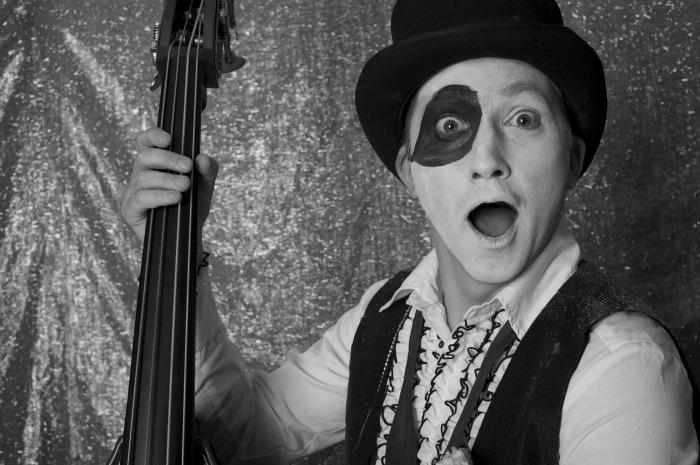 The band is based in Sheffield and plays frequently at Sheffield events. The band also plays at festivals, club nights and events nationally.

From the Former Soviet Socialist Republik of South Yorkshire, the Balkan Bandits are a 4-piece cabaret, wailing and oom-pahing orkestra, here to indulge you with marvellous melodies and huge harmonies of Balkan, Klezmer and Show Tunes.

Formed in 2007 as the house band to Na Zdrove, Sheffield’s premier “klezmer to Kalingrad” party night, the Balkan Bandits have performed at festivals (including Boom Town, Beat Herder, Eden Festival, Off the Tracks, Gay Pride and Tramlines), weddings, birthdays, cabarets, club nights, fundraisers and much more…

Their repertoire includes traditional klezmer tunes, klezmer-fied covers of classic hits (including "I Will Survive" and "Too Good to be True") and songs of their own making, mainly about cheese and space men.

The band are lead from the front by charismatic Dirtystanian singer Karolinka while simultaneously bashing away at her percussion. The rhythm is provided by Winkie Thin tickling the buttons and ivories on his accordion and Gordon Pocket slapping the double bass.