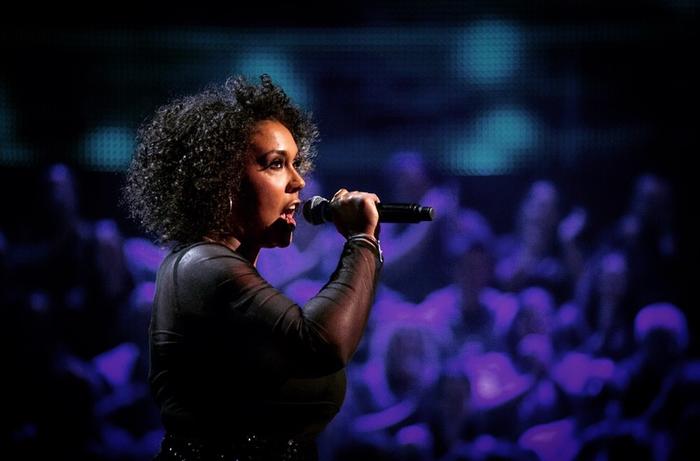 Bernadette is based in Bournemouth and can perform in the South of England and London areas.

Bernadette is a powerful versatile singer who has been singing since she was a child. Her love of singing made her pursue a career in musical theatre which has taken her around Europe, stages in London and around the UK.

Singing has always been her main passion and is something she loves to really focus on when she is not in theatre.

Her main inspirations are Aretha Franklin, Beyonce, Whitney Houston, Beverley Knight and Shirley Bassey. As a child she was always imitating the great Shirley Bassey and envied her confidence and stage presence which she feels she has encompassed from admiring her at a young age.

Being a versatile singer Bernadette can perform a wide range of styles from classical, show ballads, soul, pop and rock! Whatever your needs Bernadette can bring that to her performances, from getting people up on their feet with a party anthem or enticing them in a classic ballad.

Bernadette featured in the BBC One talent show 'All Together Now' last year where she placed third. One of the main judges was Geri Halliwell. Her performances can be seen YouTube.