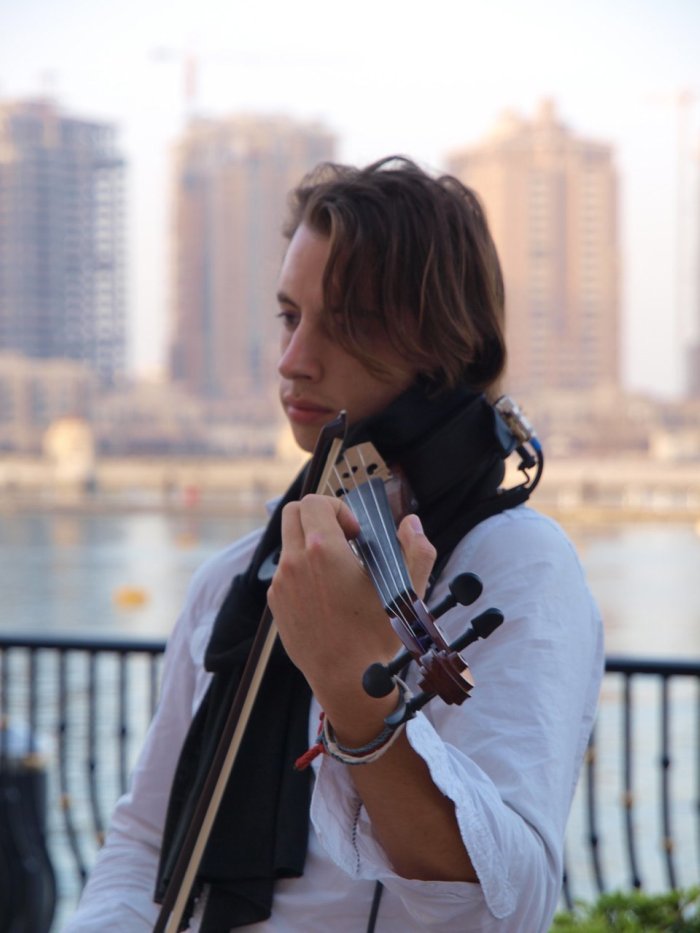 Tim is based in Guildford but frequently performs at events all around the South of England and the Midlands.

It was while growing up in Stroud, Gloucestershire, that Tim first began his classical training in both viola and violin. He progressed quickly, performing Bach’s Double Violin Concerto by age 12 and later going on to play with the Cheltenham Symphony Orchestra as a teenager.

Academic study provided the next stepping-stone in Tim’s musical progression, when he sought and achieved a BA Honours degree in Music at Oxford Brookes University. It was here that Tim was presented with a broad selection of new musical opportunities that he eagerly met, allowing him to greatly expand and develop his repertoire and playing styles.

Collaborating with diverse acts such as an electro-acoustic group (Message to Bears), a folk-blues-reggae hybrid band (The Alchemists) and contemporary classical pianist Jean-Philippe Rio-Py (Cutting Edge Records), Tim was able to both challenge and test himself in an eclectic array of different musical formats.

It is, however, Tim’s live performances that have helped define him as such a uniquely creative musician. Characterised by a focus on improvisation, Tim is able to draw together ideas from all of these sources into a cohesive live experience. Whether layering pizzicato chords with the assistance of a loop pedal, building them into tremendous crescendos, or using subtleties of applied pressure on the bow to achieve a wealth of lush soundscapes, Tim has moved entire rooms to silence with his utterly captivating and highly emotive shows.

Since then Tim has travelled the world, from England to the Middle East, playing live and in studios, as he continues to prove himself as a competent, creative and profoundly talented solo violist, composer and session musician.