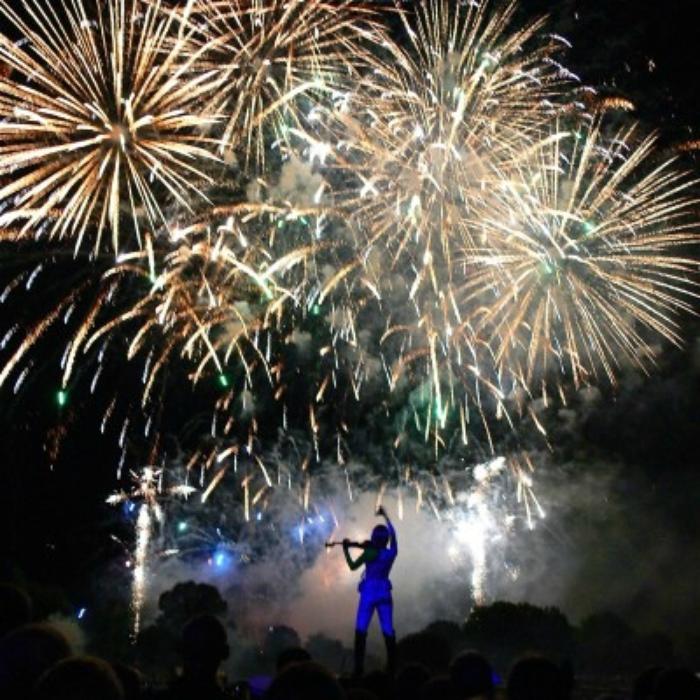 Lumina the Laser Violinist is based in London but travels all over the world to perform her shows.

Stunning virtuosos performing the electric violin, who transport the audience on a musical journey from the classics to iconic movie scores. Lumina is much more than an instrumentalist. She is a unique act featuring state of the art laser technology. She literally plays her violin with a laser beam and manipulates lasers during the performance. Lumina is a fusion of music and light.

All four laser violinists are highly skilled performers having graduated from the world's leading conservatoires. They have worked with top London Orchestras, on West End shows and have performed with artists including Beyonce, Cee-Lo Green, Cheryl Cole, Gnarls Barkley, Gorillaz, Jay-Z, Kanye West, Mark Ronson, Noel Gallagher, Rod Stewart, Dame Shirley Bassey, Simply Red, Take That and The Killers. The girls have performed at Wembley Stadium, Fuji Rock Festival (Japan), Montreux Jazz Festival (Switzerland), and appeared on Top of The Pops, X Factor, Jools Holland, MTV and Live from Abbey Road to name just a few. Their string classical foundations combined with the vast experience of live performance create a compelling, visionary performance like no other!

From a beautifully haunting opening to the dynamic rock classical themes, the Lumina track evolves into a spectacular, cinematic ending and has something for everyone. It cannot fail to evoke emotion and will leave your audience with a spellbinding memory that is talked about for years to come!

Aside from the obvious musical talents of our laser violinists, Lumina interacts directly with high-powered laser beams and stunning laser projection. She even picks up the beams to literally play her violin with a laser that soars into infinity! During this high energy choreographed performance Lumina touches and forms the beams into various shapes, like a spider making a web. She even encloses herself in a cage of spinning laser light, cuts laser beams in half and flashes lasers from her violin above the heads of the audience.

Lumina is a brand new concept and as such, it takes a person with vision to fully grasp its magnitude. Lumina can be adapted to work at the majority of events no matter what their size or nature. We recommend that our clients talk to one of our highly trained staff who can explain the concept in greater depth and advise you on which version would be best suited to your event.

'Lumina Lite' has been developed with a smaller laser stand, requires only one technician and is consequently easier to transport. This option still plays big though.

Lumina now performs a brand new 15 - 20 minute cabaret show. This can be performed in 2 different ways:

2. Lumina begins with the main choreographed laser show and then performs the 2-3 new tracks with a laser projector(s) behind her doing spectacular effects. (Please note that for this option on foreign bookings they would need the extra laser to be hired in).

This track is also available in a 5.30 minute version without the haunting irish melodies and a scaled down version of the classical crossover pieces. It is even more high impact focusing more on the iconic film score music.