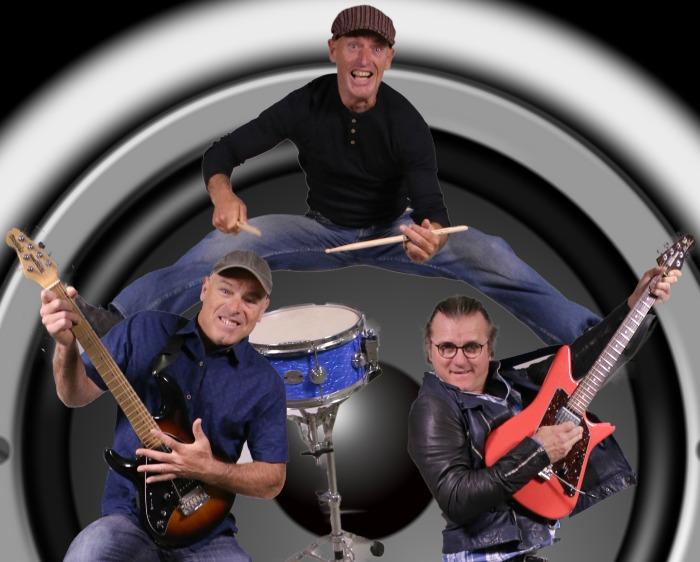 The Band are based in the East Sussex area and regularly play from the South ,East and West up to the Midlands.

Covernation is a high end 3 piece Pop Rock covers band comprising of three well seasoned session players who have collectively have played on over forty albums and toured Europe, America, Australia,and the east extensively .Some of the bands include M Pop Music, the late, great John Entwistle (The Who), John Isley (Dire Straits), Fischer Z, OMC (How Bizzare) Back Door, and many more……

Due in no small part to their vast experience, these talented musicians create the ultimate cover band experience which is guaranteed to get any audience up on their feet whether it be a wedding or corporate event.

They perform songs by Daft Punk, Coldplay, Kings of Leon, Pharrell Williams, Van Halen & many more artists at your event, well you can with Paul's versatile vocal and Steve's beating drums and Brian's electrifying guitar and please check out the video to the left for proof of all the above!

"Just wanted to say thank you so much for a fantastic evening. Covernation are simply fabulous. The comments and text messages I have received all mention how brilliant your band are. Your sound and choice of music was second to none. I am not sure you realise how good you are. I wish every success for the future and hopefully I will have the pleasure of listening to you again soon.

"Thanks again for playing at our wedding reception and making it even more awesome! We had a brilliant day and you guys topped it off perfectly.

Covernation were fantastic and fit perfectly with the party atmosphere of our wedding reception. The selection of songs was spot on for us and our guests even though we hadn't discussed anything specific beforehand. The band judged the party really well and brought a new dimension to it. Loads of our friends have been asking who the band were and giving lots of praise! Thanks guys!"