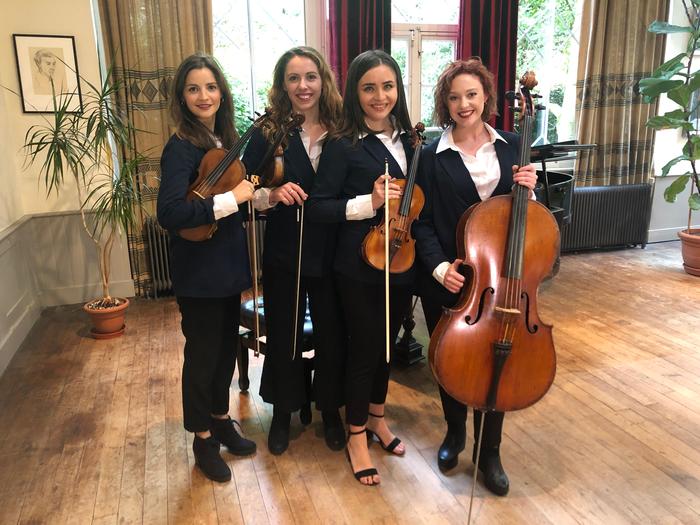 The West End String Collective is comprised of West End actresses, who collectively have tread the boards of the Royal Shakespeare Company, The National Theatre, Shakespeare's Globe, and of course London's West End. As, musicians, past gigs include Ed Harcourt Burberry Acoustic Session (Burberry); Michael Bublé on Strictly Come Dancing (ITV); Muse at the Brit Awards (ITV); and The Royal Variety Show (BBC). They are a close knit collective of musicians and actors; working only with those at the forefront of their fields, and striving for excellence. This dedicated ensemble works closely with each client to craft the perfect set list, and deliver their service with efficient professionalism.

Vocal arrangements: The dynamic performers of West End String Collective have the unique ability to sing (in four part harmony) whilst playing their instruments; the signature move of the group. Offering a full and ever-expanding repertoire of pop classics, this is a guaranteed head turner; sure to make your event stand out.

Irish Trad: Several of the players are passionately connected to Irish trad, and actually met through performing Irish music. They offer a range of jigs, reels, slides and more; get your party going with this lively session!