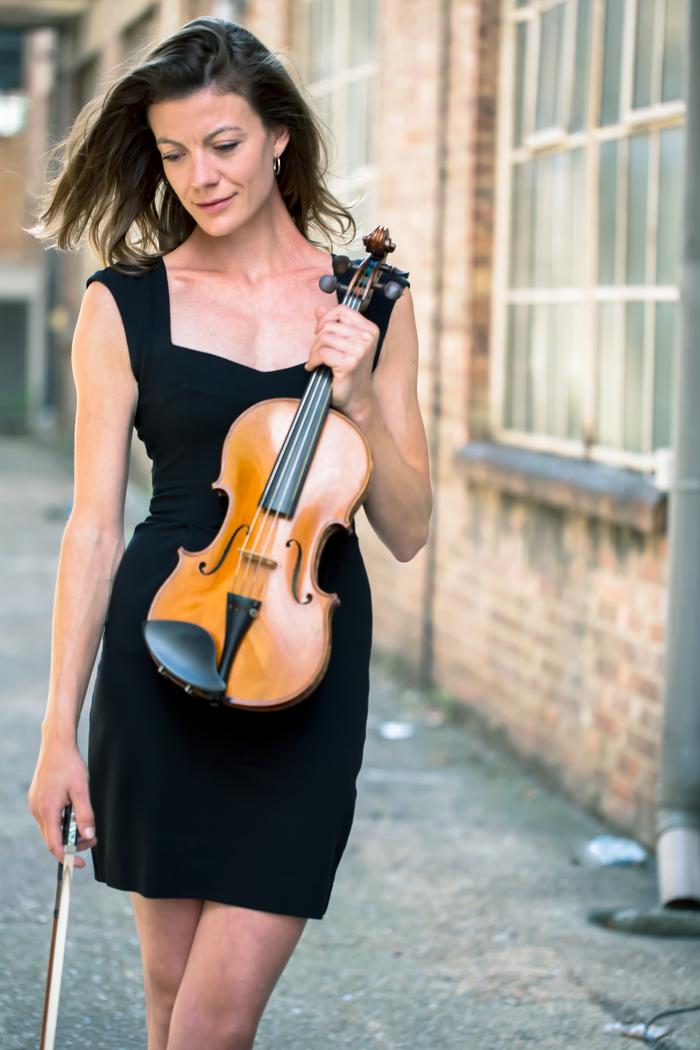 Jennifer is based in Brighton, East Sussex and regularly gigs across the South-East and around London. She also tends to travel further afield as well.

Jennifer Douglas is a versatile and professional violinist who has performed all over the UK and Internationally. Venues include: The Dorchester, Sofitel Berlin, Princess of Wales Theatre Toronto, Opera de Monte-Carlo, Politeama Rossetti Trieste. She most recently performed along with Alexandra Burke, other clients include: BBC1 This Week, ITV Loose Women, Channel 4 Made in Chelsea, BBC Radio4 Live lounge Session, BBC Radio Wales. Along with performing at high-end events, She is also an experienced session musician, theatre performer and dancer and has performed in nearly every theatre in the UK and Ireland with No.1 Musical Theatre shows.

Jennifer can provide an array of various music styles to suit any event type: classical/romantic violin which is perfect for ceremonies, folk and celtic fiddle to get everyone up and going, pop/chill set for reception drinks or evening background music which are performed along to top quality backing tracks. Jennifer has an extensive list of repertoire consisting of: Classical, Irish/Scottish Folk Fiddle, Pop, Chill and has many years of experience performing all genres of music at all styles of events and will tailor her set list and performance according to your specific needs and requests.