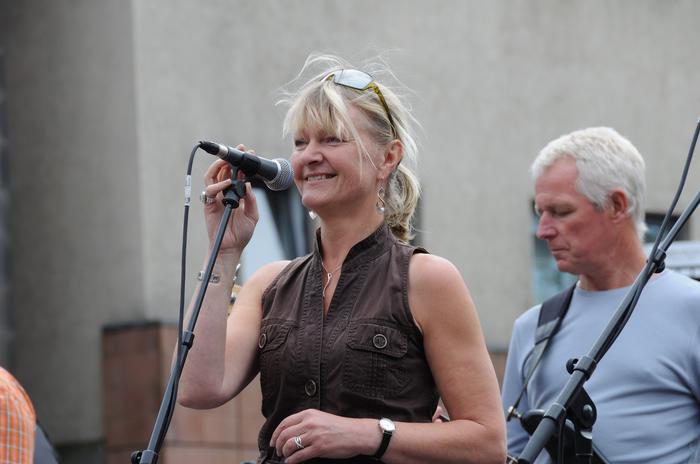 The band are all based in Edinburgh, the band can play through Scotland and down to the North East of England. They are also available to perform overseas.

Rosy Blue have two options available. There is the lower key - who can still be lively and uptempo - duo of Rosie Nimmo on vocals, guitar and harmonica with Stuart Allardyce on guitar . They (and their bigger band) have played in many jazz and blues festivals including eight consecutive years at the Edinburgh International Jazz and Blues Festival as well as having regular prestigious gigs such as The National Galleries of Scotland and The Edinburgh International Book Festival.

They have often played at private functions and weddings as well as being a regular fixture (once again in both formats) on the Edinburgh Pub and Club circuit.

The duo have a vast repertoire of music and musical styles and will happily introduce new music on request for particular events.

The blues, rock and soul band play an eclectic mix of classic blues with some interesting takes on some of the stand out rock and soul acts of days gone by. If it's feelgood party music that's required they can provide that but are equally at home playing more primal rock and blues. The band have been together for many years and this is reflected in the tightness of their performance and their assured grasp, and love of the music.

Rosie Nimmo is also a critically acclaimed singer/songwriter who has had BBC radio play for songs from all four of her self-penned albums. She usually goes on the road with a small band but can do so with only herself and one other if required.