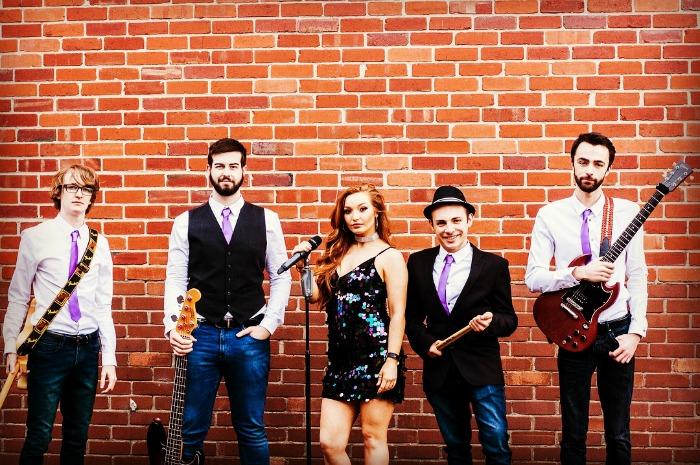 The Illuminates are based in Newcastle upon Tyne and frequently play across the North East of England, as well as travelling further afield occassionaly.

The Illuminates are one of the Norths premier function bands. A five piece live band, fronted by superb international vocalist Sophie Danielle. The band features both female and male vocals, setting them apart from many function bands, allowing them to bring many different styles of music and varied artist songs to your event.

Sophie is an excellent entertainer. Her unique voice and vibrant personality is futher emphasised by a brilliant band, all of which are excellent musicians with a lot of experience in various performing situations between all members.

Having the Illuminates at your event will see you entertained by a band whos members have performed all over Europe for various types of gigs, including performing for the Formula One grand prix.

The Illuminates are able to cater for all situations in which live music is required, from small acoustic sets to full band experience. Weddings, Birthdays, Parties, Clubs, Pubs etc. The group always perform to a high standard, keeping the dance floor packed all night.

1990's:
Angels - Robbie Williams
Dance the Night Away - The Mavericks
I Want it That Way - Backstreet Boys
Ironic - Alanis Morrisette
Man! I Feel Like a Woman - Shania Twain
That Don't Impress Me Much - Shania Twain
What's Up - 4 Non Blondes
You're Still the One - Shania Twain