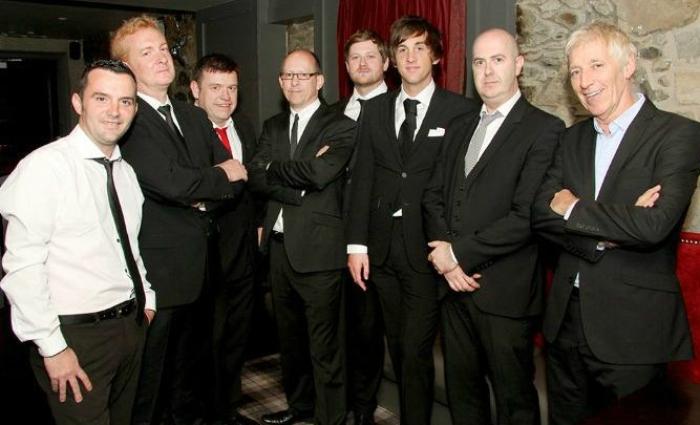 Republic Of Soul are based in Glasgow where they play regularly but often travel throughout Scotland.

Republic Of Soul burst energetically onto the scene five years ago when a group of musically minded Glasgow businessmen were persuaded to get up on stage and play at some corporate and charity events in some of the city's top venues. They were so entertaining that people started to invite them to play at weddings, parties and prestigious events such as CashForKids. A 3-piece horn section was added which made the ensemble an 8-piece, which it remains to this day.

Entertainment and a good boogie is what this band is all about. They are all superb musicians and rehearse (and play) hard to make sure every performance is special. The band have a varied repertoire of 60s soul, 70s funk, and pop Clasfics and rock from the 80s, 90s and noughties. Classics by Motown , James Bown, Ike & Tina Turner, David Bowie and The Jam, Killers , guarantee a full dancefloor and a growing list of satisfied customers.. We have been asked to perform for a lot of musicians Weddings and they can pick from many bands. Cash For Kids Balls, Birthday

Always well presented, Republic of Soul take pride in their onstage appearance and communication with their audience is a priority in any show. Lights and quality OA sound system.