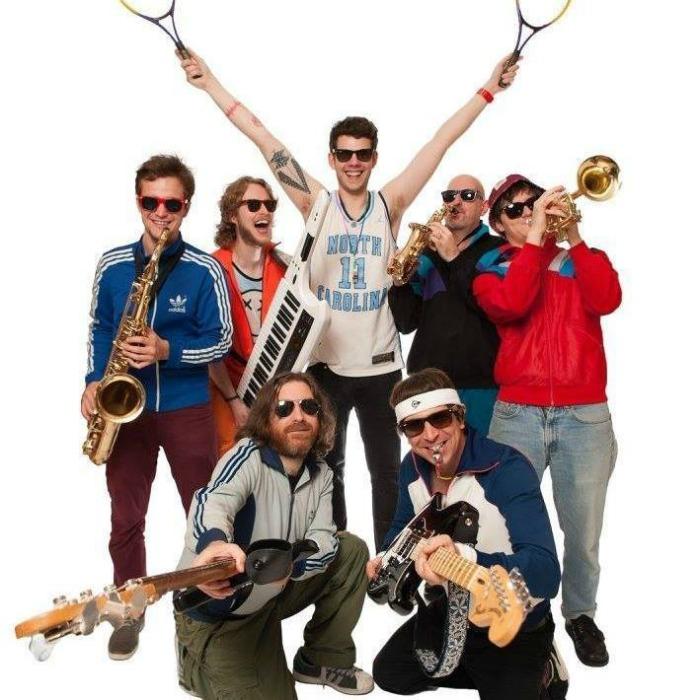 These guys are a high-energy dance band that play 'Spiced up Funk/Salsa and Ska' instrumental arrangements of 1990s party Trance/Dance classics, adding cheeky live samples as a social commentary. The infectious eight piece band lights the touch paper on stage whilst the audience laps up their energy, converting it into 'dancing times!'

The Nips are well known in the Edinburgh music scene, as well as delighting fans throughout the rest of Scotland, performing at events such as the Edinburgh Fringe Festival and Kelburn Garden Party. This prolific band has managed to establish a loyal following along with a reputation of being one of Edinburgh's top party/dance bands. As a non-pretentious party band, Nipples of Venus have been been put together with one thing in mind, to make people dance their socks off!

Nipples of Venus has a motto, it's always Saturday night on their watch. Fronted by Phil Hopwood, the band will take you back to the dance tracks of the early 90's. The band's signature is loveable classics as interpreted through the medium of ska, funk and salsa. You've not lived until you've heard their version of Ace of Base's All That She Wants or Corona's Rhythm of the Night - it's incredibly catchy.

"Hey Phil and the rest of the Nipples of Venus,

"Nipples of Venus were a serious joy to work with from start to finish. Phil was always quick to respond and continually accommodating. Though they came well reviewed, we had no idea what we were truly in store for until they took to the stage, epically dressed and full of energy. Their talent and cheeky charm really made the night; the set list was perfect and they read the audience to give them exactly what they were looking for! Comments on the night and ever since have been enthused renditions of "that band though" and "seriously, that band though" and we couldn't have asked for anyone better to make the night such a roaring success.