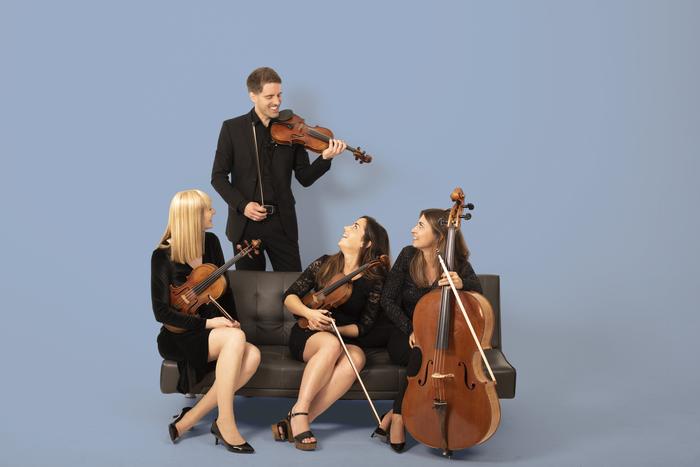 The act is based in Glasgow and happy to travel.

Over the past decade Arta String Quartet have established themselves as one of Scotland's leading young professional string group for weddings & live events.

Graduates of the Royal Conservatoire of Scotland, they are now young professional freelancers who are highly in demand across the UK.

They have also featured in Bank of Scotland advert, a scene in season 5 of HBO's Outlander and they have played live to 40 million listeners on BBC World Radio (Champions League).

Recent highlights include performing at the Davis Cup Dinner, beside a Boeing 747 for a British Airways first class lounge opening and playing at the Commonwealth Games.

They maintain a busy diary all year round and have years of experience performing at weddings and other live events across Scotland and further afield including Italy, France, Germany, Spain, Malta, Norway & Mauritius.

They are also perfectly at home performing all genres of music - recent pop favourites include Havana (Camila Cabello) & Shallow (A Star Is Born).

In additional to arranging any song which is not on their list completely free of charge, they offer seasonal discounts for most non-summer months and have bespoke string trio arrangements.