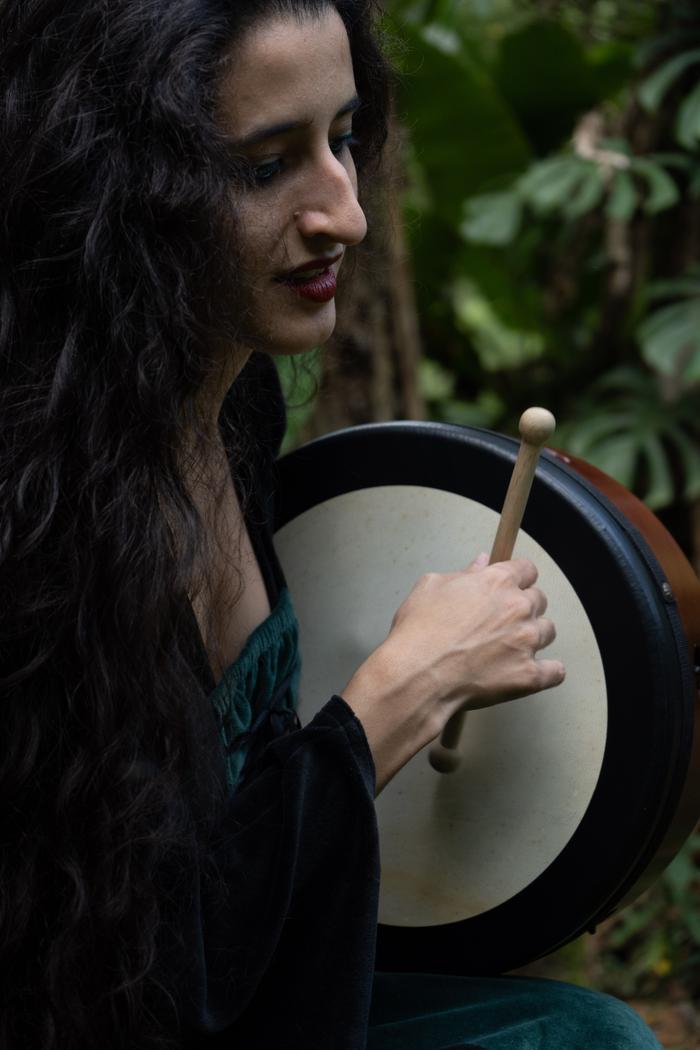 Giulia Drummond, also known as Magical Music, is a Brazilian performer. Her mystical approach, her deep voice and her dedicated research on traditional music from various different traditions are charming ingredients on a witch's musical cauldron. Singing in more than ten different languages, Giulia has a very wide repertoire and her performances could be described as musical rituals. Usually working on a specific theme, she creates an engaging experience with her stage presence and accompanying herself with a shruti box, drums, and other different kinds of percussion.

The range of emotions is endless, the stories to be told are innumerable. Brazilian joyous rhythms or heartfelt chants to African gods and goddesses. Hebrew and sephardic songs, medieval Latin chants, oriental mantras, Scottish, English and Irish ballads... You might hear her sing in Gaelic, in English or Scots. In Italian, in French or Spanish. Who knows, maybe even in Swedish or in Russian. And, surprise! A Beatles song might appear, with a very particular spice that Giulia adds to every song. She will certainly sing in Portuguese, and Brazil alone is a deep chest with plenty of musical possibilities. Giulia is also a songwriter and her original songs are much influenced by all these sonorities from so many different places.

What's the story that you want to be told in your event? What kind of emotions would you like to awaken? You name it. A musical ritual will be created especially for you, with a carefully chosen repertoire and scenic elements. Giulia promises an enchanting journey to an audience open to some pure musical magic.